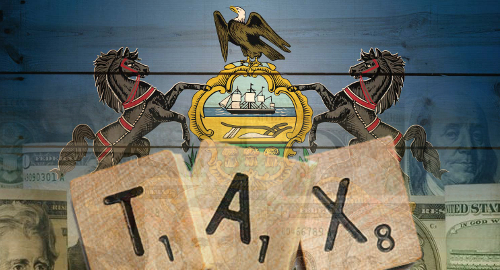 If it’s Tuesday, it must mean Pennsylvania has yet another sweeping gambling expansion bill to consider.

Monday saw the release of state Sen. Jay Costa’s 207-page SB 524, which the senator previewed in January. The bill follows the HB 392 bill introduced in the state House of Representatives last month (and its identikit Senate version SB 477).

However, as previously advertised, Costa’s SB 524 would impose a 25% tax on online gambling and DFS revenue versus HB 392’s far more palatable 14% (although still preferable to earlier Senate bills that imagined a 54% rate). Costa also wants online licensees to pay upfront fees of $10m rather than $8m, while online technology partners would pay $5m fees versus $2m in HB 392. (Oh, and if you have any first-born children, kindly drop them off at the statehouse soylent green processing center.)

SB 524 also calls for the state to authorize online lottery sales, injecting yet another wrinkle into the state’s already convoluted path to legislative victory. The state lottery wouldn’t be limited to merely selling draw tickets, but would also be allowed to peddle “internet instant tickets, iLottery games [and] play-for-fun games,” effectively making it a direct competitor of the casinos’ online casino products.

The House Gaming Oversight Committee has scheduled its next hearing on the various gambling expansion proposals – as well as the anti-online proposals – for next Tuesday (28) at 10am.

The state allocated $100m from new gaming revenues in the current budget and an additional $150m in the year to come. But the precise formula under which those funds are to be raised remains a mystery. With a few notable exceptions, the land-based casino industry supports legal online gambling while vehemently opposing allowing the state’s pubs, clubs or VFW halls from being allowed to offer video gaming terminals (VGT).