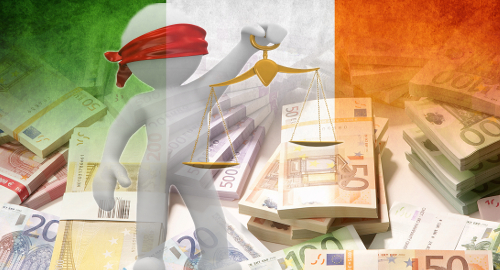 Ireland’s gamblers have no guarantee on collecting gambling winnings they believe they’re owed, according to a new court ruling.

Mirwais told the court that he’d won around €7,500 playing the machine, but when he went to cash out his winnings, he was given €2,500 in cash and €5k in casino chips and told to keep playing and he could collect the rest of his winnings in cash at the end of the night.

Mirwais went on to win an additional €6,713 but was told by the casino cashier that the venue had no more cash on hand and that he’d have to return the following day to collect his due. However, the casino also informed Mirwais that a casino engineer would be checking the roulette machine for anomalies.

Mirwais testified that the casino subsequently failed to honor its pledge, based on its claim that the machine in question had been paying out a “suspiciously high amount of money.” The casino also claimed that Mirwais had taken advantage of a software flaw that allowed him to place additional wagers after the roulette ball had stopped spinning, effectively allowing Mirwais to bet on a sure thing.

Mirwais denied having cheated anyone out of anything, and accused the casino of being perfectly willing to accept the machine’s flaws when he lost €9k the previous night, and only objecting to the perceived flaw when Mirwais was cleaning up.

Judge Comerford’s ruling relied on the 1956 Gaming and Lotteries Act, which states that “every contact by way of gaming or wagering is void.” Comerford noted that gambling operators “can simply say ‘no you’re not entitled to the money.’ That is simply the law in Ireland.”

The law cuts both ways, as detailed in a 2015 High Court ruling that prevented UK betting operator Sporting Index Ltd from collecting a €118k gambling debt from an Irish punter who’d wagered on a Heineken Cup rugby match.

Comerford did cut Mirwais one small victory by denying D1 Casino’s bid to force Mirwais to pay their court costs.