Crime and worsening living standards of the poor do not justify a complete ban on gambling in India.
Instead, the Law Commission of India is leaning towards regulating sports betting and casino gambling activities in the country, according to the Times of India report. 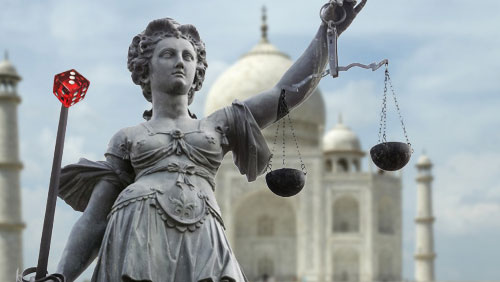 India’s top law panel was tasked last year to examine “all legal aspects of betting in sports in India following the 2013 spot-fixing controversy involving the Indian Premier League cricket players. And after recently becoming “serious” in their review, the Law Commission has found that regulating gambling activities in India through a law is better than a complete ban.

Retired Justice Balbir Singh Chauhan, who heads the panel, admitted that gambling in general has adverse effects, including more crime and worsening living standards because of the possibility of gambling addition, but those reasons do not justify a ban.

In a seminar organized by the FICCI and the All India Gaming Federation (AIGF) over the weekend, Chauhan pointed out that these effects were “not from gambling per se, but are a result of excessive gambling which results in addiction.

“The response of the state in such a situation should be to regulate the activity, not seek to stop it completely. Legalization would give the government the opportunity to bring gambling out from the dark corners of society, impose controls and extract some revenue…if betting were legal then a huge chunk of money that, at the moment circulates only round the black market, would quickly become available,” the retired justice said.

India’s gambling industry is expected to bring in thousands of crores in revenue, according to Chauhan. Currently, the total market is worth $60 billion per annum, which amounts to $2.6 billion in tax revenue for the government.

The government, however, still needs to conduct a proper study on the implications of legalizing sports betting and gambling since “there are chances that people, in a bid to earn quick money through gambling, might resort to unlawful means,” Chauhan said.

In July, India’s Supreme Court accepted the recommendations made by the Lodha Committee to make sports betting legal through an enacted legislation. In 143-page judgment, the magistrates agreed with the committee that sports betting and match fixing were not the same bananas when they gave their stamp of approval for the legalization of sports betting in India.

However, the magistrates left the decision to make sports betting legal in India to the Parliament since the issue “involves the enactment of a law which is a matter that may be examined by the Law Commission and the government.”