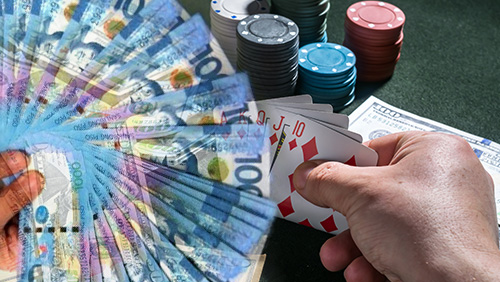 The Philippine casino sector may give Singapore a run for its money due to improved tourism figures and infrastructure in the country.

Bloomberry Resorts Corp. Enrique Razon painted a rosy outlook for the Philippines on Friday, as he believes that the country may able to surpass Singapore as a gambling destination in Southeast Asia.

In an interview with CNBC, Razon pointed out: “You know, with more properties coming online, it should increase the size of the (Philippine) market. I think medium- to long-term, everybody’s going to do great.”

Razon, who has staunchly supported the gambling policy of controversial Philippine President Rodrigo Duterte, professed his intention to continue betting big on the Philippines instead of making investments overseas.

Last year, the Filipino billionaire announced his plan to construct a second casino located in Quezon City by mid-2017. The P20 billion (US$418 million) resort is expected to be operational by 2019. Razon’s planned resort will also include shops, a convention center and a hotel.

Prior to that plan, the port magnate has also invested $1.2 billion in Solaire Resort. Solaire is one of the four major casino resorts scheduled to operate in the Las Vegas-style strip known as Entertainment City in Metro Manila.

He said having four casinos in the next 5 to 6 years would be “an okay mix.”

When asked why he thinks that the Philippines may dislodge Singapore in the gaming space in Southeast Asia, Razon pointed out that the cold Philippine-China ties have started to thaw since Duterte assumed power in 2016.

He believes that improved Manila-Beijing relations will help improve tourism figures in the near future.

Razo also pointed out that the Duterte administration is spending more on infrastructure, which he said could improve business prospects for the sector. He explained that a lack of infrastructure in the previous administration had stunted the Philippine casino business.

The large population of the Philippines also bodes well for the major casinos in the country, according to the businessman. Currently, around 55 percent of Solaire’s gaming revenues come from overseas and 45 percent are from the local market.