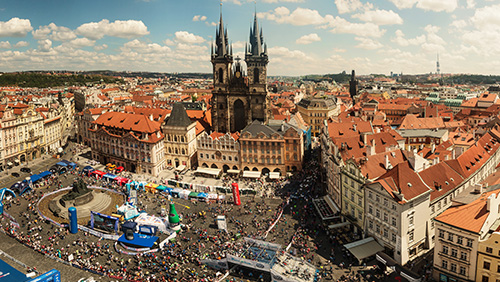 When Leon Tsoukernik bought a plot of land in a small village with a population of 800 people in Rozvadov, Czech Republic people would have raised an eyebrow. When he told them of his plans to build a casino, I expect most of them wanted to cart him off to the local sanitarium.

15-years later, and Tsoukernik is the governor of the King’s Casino, the largest poker room in Europe, and on September 28, it will play host to the most prestigious brand in poker when it begins dishing out 14 WSOPC gold rings and 11 gold bracelets and well as over €20m in guaranteed prize money.

The WSOP has visited England, France, and Germany, but there is a permanence about this move to the Czech Republic, something that the WSOP has been searching for ever since they first planted a flag in the Empire Casino a decade ago.

“We are bullish in this becoming the European equivalent of the WSOP in Las Vegas, something we have always dreamed of doing when we first began our foray into Europe a decade ago.” Said the WSOP’s, Ty Stewart.

Festivities begin on September 28 when the WSOPC comes to town. There are 14 gold rings up for grabs.

The WSOP promises over €3m in guaranteed prize money.

You can check out the full schedule, right here.

There will be 84 events over 44 consecutive days.

Here is the full breakdown of the gold bracelet events:

The WSOP promises over €17m in guaranteed prize money.

You can check out the full schedule nitty gritty, right here.