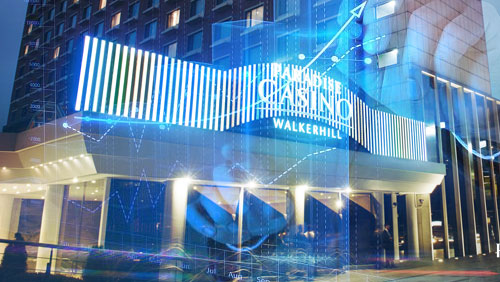 GGRAsia reported that Paradise Co. announced that it chalked up 13.5 percent casino revenue growth in February 2017, reversing the slump it had in the previous year.

But Paradise’s casino revenue for February is lower than the KRW44.12 billion ($38.45 million) it reaped in January. Table game revenue, which makes up 93.9 percent of all casino revenues, provided the lift that the company needed in February.

Data showed that Paradise saw a 14.7 percent increase in its table revenues in the second month of the year. Paradise’s table revenue, however, was 2.7 percent lower than the January 2017 record.

On aggregate, the firm’s casino revenue for the first two months of the calendar year fell 7.7 percent year-on-year, compared to the KRW93.94 billion achieved in January and February 2016.

The data was culled from Paradise Co’s casino business division, which includes casinos at Walkerhill, in the capital Seoul, Jeju Grand on Jeju Island, Incheon Casino outside Seoul, and Busan Casino in the southern port city of Busan. Paradise is set to open its new casino resort called Paradise City in April.

“Paradise Co as a whole is forecast to post sales of KRW938.6 billion [US$805.3 million] in 2017,” said Shinhan, a subsidiary of Shinhan Financial Group Co Ltd that provides security brokerage and investment banking services in South Korea.