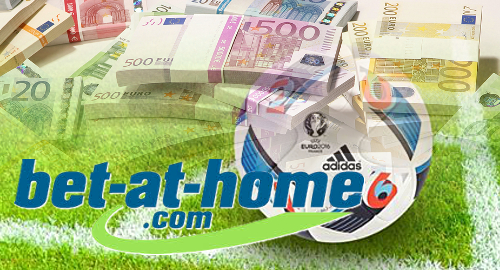 On Monday, Betclic Everest Group’s German-facing subsidiary Bet-at-home reported its 2016 betting and gaming revenue rising 14% to €138.7m, while earnings improved by 3.5% to €34.1m despite double-digit rises in betting fees and gambling levies.

The company says the extra promotional spending was worth it, as betting turnover rose 21.4% to over €2.9b. The company also celebrated the extra 300k registered customers it acquired last year, bringing its total to 4.6m and creating the right environment for “sustainable development” going forward.

Better still, the company is heading into 2017 with wind in its sails. Last year’s best performing quarter was Q4, during which the company’s revenue totaled €38.3m, around €8m higher than in Q1 and the highest quarterly figure in company history.

Barring any extreme regulatory or tax surprises, Bet-at-home says it expects its fiscal 2017 revenue to top €144m, while earnings will come in between €34m and €38m.

In February, Bet-at-home’s shares were included in the Deutsche Borse’s SDAX stock market index. Co-CEOs Michael Quatember and Franz Ömer celebrated Bet-at-home’s inclusion in the index, with Ömer claiming that the share price having reached “several all-time highs within the past few weeks and days underlines our long-term potential.”