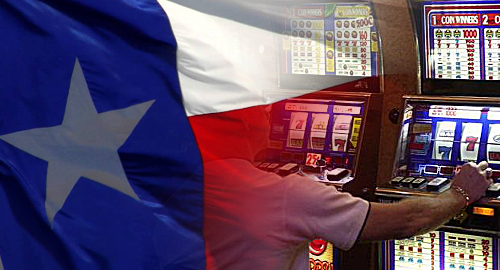 A Texas legislator is attempting to break the state’s longstanding ban on casino gambling.

Last week, Texas State Rep. Joe Deshotel filed HB 2741, which aims to award “not more than nine casino gaming operator licenses” to deserving candidates, who will be taxed at 18% of gross gaming revenue. The bill would require a voter referendum on modifying the state constitution to permit commercial casino gambling.

The nine licenses would be distributed as follows: one license each in Galveston, Jefferson and Nueces counties; three licenses in Bexar and Harris counties, each of which must go to an existing pari-mutuel racing licensee, with no county receiving than two licenses; and one license in each of three first-tier coastal or second-tier coastal counties, with these also reserved for pari-mutuel licensees.

While its aims are honorable, Deshotel’s bill is unlikely to make much headway in the notoriously gambling-phobic state, as evidenced by its attorney general’s hardnosed campaign against daily fantasy sports operators.

Until last year, Texas only had one gaming venue, the federally recognized Kickapoo tribe’s Lucky Eagle Casino in Maverick county. Two other tribes, the Alabama-Coushattas and the Tigua Indians, operated casinos in Texas until a federal court ruled in 2002 that the venues violated Texas law.

In 2016, the Alabama-Coushatta tribe defied legislators by reopening its East Texas bingo hall after the federal government and the National Indian Gaming Commission ruled that the tribe could conduct Class II gaming – bingo and electronic versions of bingo – on its tribal lands.

The state filed papers several months later aimed at shutting down the Alabama-Coushatta’s Naskila Entertainment Center, arguing that the electronic bingo being offered is essentially Vegas-style Class III gaming (aka slots), the operation of which would require the tribe to secure a gaming compact with the state, something the state has made clear it is unwilling to negotiate.

The legal tussle between the state and the tribe is ongoing, with each party filing their latest federal court briefs in February.

Texas pari-mutuel operators have similarly clashed with the state regarding their opportunity to operate so-called ‘historical racing’ machines, which critics have likened to slot machines. A year ago, the Texas Racing Commission (TRC) ordered the tracks to cease operating the machines after legislators threatened to withdraw the TRC’s funding if the tracks didn’t get out of the casino business.