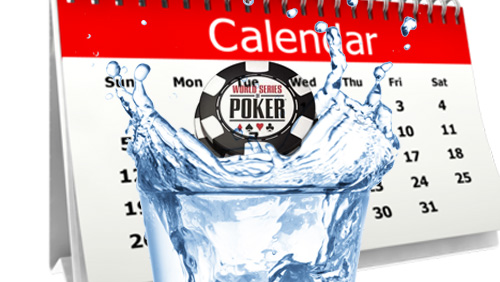 The World Series of Poker has announced plans for the WSOP Global Casino Championships and Harrah’s Cherokee in North Carolina acts as the host for the third consecutive year.


Harrah’s Cherokee in North Carolina will play host to the World Series of Poker (WSOP) Global Casino Championships for the third consecutive year in August.

The three-day event, pulling down the curtain on Season 13 of the World Series of Poker Circuit (WSOPC), takes place August 8-10, 2017, and as par for the course, the organisers have promised a minimum of $1m in prize money.

Season 13 has been bigger than ever with 47 domestic tour stops, and 14 internationally. With the Main Event winners and Casino Champions guaranteed a free seat, there will be a minimum of 122 automatic qualifiers competing in the event, with 28 of them coming from overseas.

As with previous years, the Top 50 point earners on the domestic WSOPC leaderboard secure a seat.

Here is the current Top 10

And if you grinded your way into the Top 100 of the Global Poker Index (GPI) sponsored WSOP Player of the Year (POY) Leaderboard for 2016, then you can also compete, but will have to stump up the $10,000 buy-in.

Here is the current Top 10 of that particular list.

And players who won a gold ring in any of the side events, both domestically and internationally, are also free to buy-in directly for $10,000. The WSOP has confirmed that all entry fees will be rake-free.

The Global Casino Championship will be televised, and there will be a gold bracelet up for grabs.

The WSOPC recently won the American Poker Award (APA) for the Mid-Major Circuit of the Year, and Maurice Hawkins won the Breakout Player of the Year award for his star performances on the WSOPC.

The end of the 13th Season will also spark new life into Season 14, with the venue acting as the first of the new season with 12 gold rings to distribute, including a $1,675 Main Event, Aug 2 – 16, all from Harrah’s Cherokee in North Carolina.