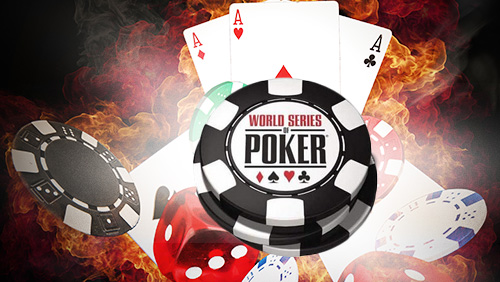 The World Series of Poker has released the schedule for the 48th Annual event. There will be 74 bracelet events, spread over 50-days, with eight of them appearing for the first time.


How do you keep improving the most prestigious and historic live poker festival in the world?

The schedule for the 48th Annual World Series of Poker (WSOP) is currently winging its way around the Internet, and according to Tournament Director (TD), Jack Effel, the key is in that magic word.

“The focus of the schedule remains squarely on two core principles: the biggest prize pools possible and diversity in offerings to provide something for everyone,” Effel wrote in a press release celebrating the launch of THE premier poker event.


I would add a third principle to that list.

Let’s be honest; the WSOP could become Alcoholic Anonymous (AA). They operate the longest running live tournament series anywhere in the world. Sticking to a tried and tested system would be easy. But they don’t do that. Every year, there is something a little different, and this year is no exception.

The ‘team’ concept so perfectly glamorised by the Global Poker League (GPL) grows this year after the success of last year’s $1,000 Tag-Team No-Limit Hold’em event.

Event #2: $10,000 Tag Team No-Limit Hold’em begins on May 31. It will be the first open event after the Employees kick things off. The three-day event welcomes 2-4 person teams, and I think it would be fantastic for the poker industry if the GPL teams turned up en force to spice things up a little. Last year, Doug Polk and Ryan Fee won the $1,000 event after outlasting 863 teams in the first team event at the WSOP in over 30-years.

The other piece of big news is the growth of online events. The WSOP will include three online bracelet events after the success of the $1,000 buy-in No Limit Hold’em event in both 2015 & 2016.

The new online events are as follows:

Event #8: $333 buy-in No-Limit Hold’em – this $333,333 Guaranteed event will feature unlimited re-entries. It’s the lowest price point for a bracelet event in the history of the tour.

The $1,000 event returns for the third successive year.

All three online events will play out exclusively on WSOP.com, unlike previous years when the final table played out live at The Rio.

A Giant; A Marathon, and More

The last time we wrote to you about the 2017 WSOP we told you how they had planted six marquee events into the ground for every weekend of the series.

That design was always sure to drag in the recreational players looking to blow off some steam after a Monday to Friday sort of dying, and the WSOP have increased the allure.

Event #19: $365 “The Giant” No-Limit Hold’em will play their Day 1’s every Friday night, over five weekends, before beginning Day 2 on July 8. Players can play as many flights as they want and can re-enter once per flight. The event is further evidence that the WSOP is looking to provide action for everyone.

Another new event is The Marathon.

The other new events are:

The Daily Deepstack tournaments return with events planned for 2 pm, 5 pm, 7 pm, & 9 pm. The cash game action never ends. The Pavilion is once again the home for these bad boys. For 50 days the Rio becomes the largest poker room in the world with over 500 tables.

The WSOP inches closer to full autonomy when it comes to choice of payment at the Rio. Approval has been granted to use credit cards at the cage, and they have extended the limit to $10,000 allowing players to use a credit card to pay for the Main Event, an opportunity I’m glad wasn’t available when I was doing my coconuts back in the day.

A game for everyone.