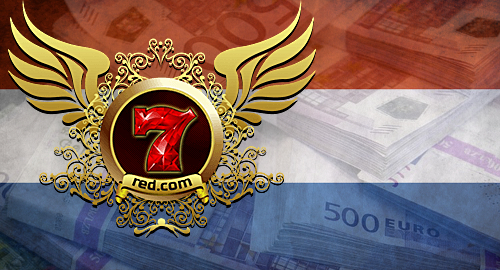 The Netherlands’ gaming watchdog has beaten back an online gambling operator’s appeal of a €180k fine for serving Dutch punters without a local license.

In late 2014, the Kansspelautoriteit (KSA) gaming regulatory body imposed €180k in penalties on Bluemay Enterprises NV and Bluemay Enterprises Ltd, the companies behind the 7red.com and Royaalcasino.com online casinos. The KSA accused the sites of offering Dutch-language options and promoting their products on Dutch TV and via social media.

On Wednesday, the KSA published the text of a February 22 ruling by the Council of State rejecting Bluemay’s appeal of the fine. Bluemay had offered a number of legal arguments to support its appeal, including that Article 56 of the Treaty of the Functioning of the European Union (TFEU) prohibits bans on the free movement of services between EU member states.

Regardless, exceptions to Article 56 are permitted if the member state’s actions are intended to protect consumers, and the Council concluded that the KSA’s actions met this standard.

Bluemay had also complained that it was far from the only operator serving the Dutch market, and thus the KSA was selectively applying its punishments. But the Council ruled that the KSA had limited resources and thus reserved its efforts to combat the most egregious offenders.

Examples of Bluemay’s egregious behavior came via emails it exchanged with the KSA, in which a manager identified as ‘Kevin’ repeatedly promised to switch the sites’ Dutch-language pages over to English, but somehow kept forgetting to follow through.

While the Council dismissed Bluemay’s appeal, it rejected the KSA’s request to have Bluemay pay the KSA’s legal costs for handling the appeal, saying it found no “manifestly unreasonable use of procedural law” in Bluemay’s appeal.

Still, the KSA couldn’t help a little chest-thumping, saying the Council’s decision had “vindicated” its punitive action, while reminding Bluemay that payment of the fines – not to mention those other six-figure penalties – is now well past due.

REMOTE GAMING BILL VOTE AT LAST?
Meanwhile, the Dutch Senate is finally getting around to considering the country’s long-delayed Remote Gaming Bill. The legislature’s lower house approved the bill last July but the Senate has been slow rolling the process ever since.

On March 7, the Senate Permanent Committee for Security and Justice will discuss both the Remote Gaming Bill and the bill that will privatize the state-owned brick-and-mortar casino business Holland Casino. No one knows if the Senate will actually vote on these bills, but with lower house elections scheduled for March 15, time is rapidly running out.