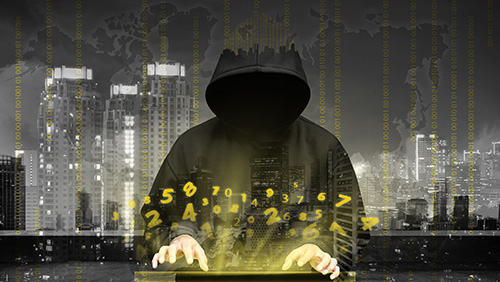 In October 2016, the world saw the most powerful Distributed Denial of Service (DDoS) attack ever registered in cyber history.

The destructive Mirai botnet brought down sites including Twitter, the Guardian, Netflix, Reddit, CNN and many others in Europe and the United States after it hit the servers of Dyn, a company that controls much of the internet’s domain name system (DNS) infrastructure.

What made the Mirai botnet different from other botnets – which are typically made up of computers – is that it is largely made up of so-called “internet of things” (IoT) devices such as digital cameras and DVR players.

Experts pointed out that attacks from Mirai are much larger than what most DDoS attacks could previously achieve because it has so many internet-connected devices to choose from.

Mirai botnet’s destructive force alarmed most many gambling operators, especially since the sector remains vulnerable and most frequently targeted by cyberattacks.

Online gambling companies are very well aware of how attractive the gambling community has become for cybercriminals because of how lucrative gambling-hacking may become.

That’s why Gaming in Holland has organized a webinar that will bring to the forefront the issue of cybersecurity and how it may affect the gambling industry.

Gaming in Holland said that the webinar will cover cybersecurity related topics such as an overview of the latest trends in cybersecurity; a closer look at the unique challenges faced by the iGaming industry; and How to best prepare for an attack.

“Our upcoming webinar will focus on one of the major topics in the iGaming press, the unique security challenges faced by the industry in an online environment filled with ever evolving and increasingly complex cyberattacks,” Gaming in Holland pointed out.  “The webinar will be non-technical. The focus will be on increasing the visibility of the security risks to gaming IT infrastructure. If you want to know more about different types of cyberattacks and how to mitigate them, this webinar is for you.”

The webinar, which will be hosted by cybersecurity experts Julien Lehmann and Bastiaan Spandaw, will be held on March 8, Wednesday, at 16:00 CET (10:00 EST).