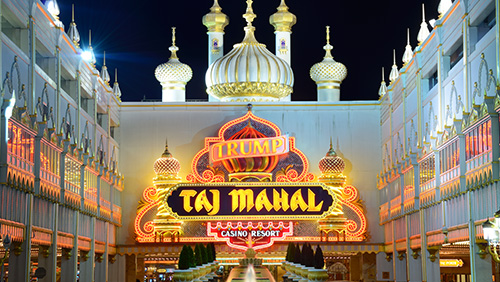 The Associated Press reported that the Taj Mahal is facing fresh lawsuits over the ownership of the signs that once adorned the shuttered casino.

Philadelphia-based Recycling of Urban Materials for Profit (RUMP) brought the operator of the Taj Mahal to court last week in order to determine the ‘Trump’ signs’ rightful owner and, in the process, be able to get fair market value for the return of the controversial sign.

The recycling firm insisted that is is now the rightful owner of the Trump sign after the Taj Mahal’s operator decided to hire someone to throw away the letters once they were removed. It estimated that the signs were worth more than $100,000.

RUMP claimed that two of their representatives paid an Eastern Sign Tech worker $250 for the two ‘Trump’ signs that the latter removed from the Taj Mahal for disposal on Feb. 16. The firm added that the sale had the blessing of a Taj Mahal supervisor.

They also pointed out that a Taj Mahal security guard, who saw them loading the letters onto the truck, didn’t prevent them from taking the discarded sign. The guard, according to the petitioners, even wished them well when he heard that the recycling firm bought the letters and informed RUMP representatives that they’d secured a bargain.

According to the suit, one of the signs reached $7,500 within days after the recycling company opened the bidding on eBay.

But the bidding of the item on eBay was cancelled after Eastern Sign tried to repurchase the letters, claiming they were sold without permission. They were also taken by surprise when the Taj Mahal security guard suddenly accused them of stealing the signs.