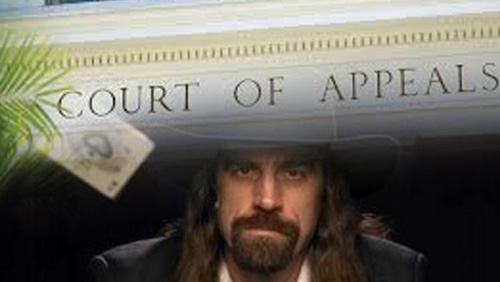 A Court of Appeal judge has upheld the dismissal of the 2009 Kennedy vs. Ferguson ‘bot’ case where plaintiffs accused Full Tilt Poker of using bots to cheat amongst a hoard of other complaints.

The Court of Appeal of the State of California has dismissed an attempt at an appeal in the Kennedy vs. Ferguson case that first sprung up out of the rusty old pipes of the Full Tilt network back in 2009.

The appeal is dismissed as to the subsequent orders denying the motion to disqualify counsel, the motion for a new trial, and the motion to tax costs or strike the memorandum of costs.

Men are from Mars and people who can understand legal jargon are from Venus. I am from Mars, but I will give it my best shot.

In Oct 2009, professional poker players, Lary Kennedy and Greg Omotoy began suing the crap out of a variety of different corporations and people connected to Full Tilt Poker. The fisticuffs began after Full Tilt officials closed the account of Kennedy, and confiscated $80,000 in cash, after deeming she had broken the site’s terms of conditions.

Kennedy’s legal team asserted that Full Tilt fraudulently induced people to play on the site with promises that poker wasn’t gambling, they wouldn’t be competing against robots, and any money deposited on the site would be safe.

There is at least one porky pie in that paragraph.

Over the next 12-months the plaintiffs continued to amend their case against the Full Tilt posse, and on Oct 12, 2010, the federal district court dismissed the RICO claim without prejudice and pushed the case to the Los Angeles Supreme Court.

It was at this time that Judge David L. Minning took over the gavel and ordered the plaintiffs to file properly noticed motion for leave to amend their second amended complaint and they failed to do so.

At the Sep 27, 2011 hearing on the motion, the court observed that the case had changed considerably over the years: from two people suing one organisation for taking their money and accusing them of TOC breaches, to a national class action lawsuit.

“It doesn’t even sound like the same case anymore,” said Judge Minning.

From there, the case fell under the nose of Los Angeles Superior Court Judge Elizabeth White. White noted that the plaintiffs had failed to file a motion for leave to file the third amendment complaint, and asked them to explain why she shouldn’t dismiss the action due to failure to prosecute, under the discretionary two-year dismissal statute? After a month had passed, Judge White claimed time had run out and dismissed the case.

The plaintiffs them attempted to gain a new trial citing Erik Lindgren’s bankruptcy as one of the reasons they couldn’t amend as instructed (Lindgren was one of the Full Tilt players mentioned in the original lawsuit). That motion also received the thumbs down.

Judge Keeny took over at the Court of Appeal stage and asserted that the Lindgren bankruptcy had nothing to do with proceedings and that Judge Minning’s views on the case were understandable and reasonable, affirming the dismissal of the case as justifiable.

If you are from Venus, then here is a more accurate and detailed explanation of the summing.