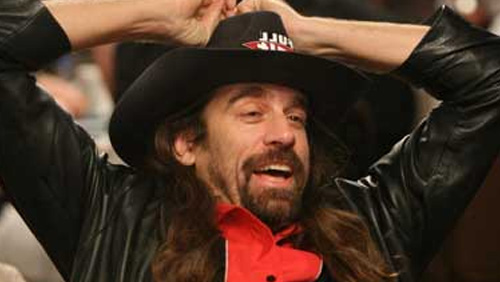 After the disgraced Full Tilt Director Chris ‘Jesus’ Ferguson returned to the World Series of Poker after a prolonged absence from the game, Lee Davy, considers whether it’s time for the poker community to forgive the man who once played such a pivotal role in our growth.

Something remarkable happened this week. Chris ‘Jesus’ Ferguson walked into the Rio, played in a World Series of Poker (WSOP) event, and left without anyone hitting him.

I have read numerous op-eds on whether Howard Lederer or Chris Ferguson should be allowed to play poker again, and considering the vitriol in the comments sections, one would expect a barrage of baseball bats to the balls and showers of spit from the rails.

However, his return to the felt after a six-year absence was far more subdued.

“I am just here to play poker,” he told a PokerNews reporter brave enough to ask him a few questions.

And he must love his poker.

Here is a man, who is hated by so many members of the poker community, who could have distanced himself from the poker world completely and for eternity, and instead decides to sit down and play in the $10,000 Stud World Championships. He even wore the hat. It was a statement. I am back.

So Why The Return?

I think he has forgiven himself. We have all fucked up. If there were no forgiveness in the world, we would be in a bigger mess than we are today. Forgiveness begins with ourselves. It then moves into service to others. We naturally attract people who have made similar mistakes. We hold their hands. We tell them that everything will be ok. We remind them we are human.

He has also returned because nothing is stopping him from doing so. Not one of the major poker organisers have come forward and said they will stop Ferguson from playing on their online sites or in their live tournaments. They could have done this. They all reserve the right to ban whoever they choose to. But they didn’t. And I think that’s because he was never found guilty in the criminal sense.

The kangaroo court finds him guilty of nothing but woeful mismanagement of a company. Haven’t we all mismanaged ‘something’ in our lives? Don’t we want to be forgiven for our failings? How many of us have been through a divorce, stole something, physically assaulted someone, hurt someone – either through malice or pure mistake.

“He has served his time.” Says John Duthie. “But someone like Russ Hamilton should be banned for life. It’s that simple in my eyes.”

So what is the difference?

“Russ Hamilton was, and still is probably a cheat. Chris Ferguson is not and never was. He and his associates were professionally incompetent and somewhat delusional. I don’t believe they set out to cheat anyone. Their business model was just too good. The whole thing was an immense cock-up.”

I was interviewing a counsellor this morning for my Alcohol & Addiction Podcast. We were talking about addiction and how there isn’t a single model that fits every problem.

“We are dealing with individuals.” Said my guest. “We are all different, and our problems are different. It’s important to understand each’s story and create a plan to suit.”

I think it’s the same with forgiveness.

The pain that Ferguson caused will differ substantially throughout the industry. The financial losses will be a huge factor. Values, beliefs and convictions will also play a significant role.

“The question of how much the poker community should act to punish bad actors is always an interesting one.” Said Bryan Paris. “Pursuing justice through the normal legal channels rarely functions as intended when it relates to poker, and one can commit grievous wrongs against the community while avoiding the legal repercussions that would usually accompany such behaviours.

“Ferguson is perhaps the highest profile example of this, a man who helped defraud the poker community out of hundreds of millions and in the process tarnish the name of online poker in the US. Since he can’t legally be barred from entering WSOP events, the community’s only real recourse is to make him feel as unwelcome as possible, an outcome which doesn’t really deliver a just or desirable result.”

To forgive, we first need to understand suffering. The players suffered. The poker community suffered. Chris Ferguson suffered. He went from a potential member of the Poker Hall of Fame to pariah, overnight. And most importantly for a poker player, he couldn’t play.

And yet we can’t understand his suffering because he hasn’t opened up. He hasn’t found the courage to turn his shame into vulnerability, and that’s created a wall of hate. Until he talks, and we understand what it was like to be

Ferguson during those times, then it’s always going to be difficult to forgive, although not impossible.

Human beings need to forgive. I think forgiveness is a part of who we are. It’s biological. But to get there, we need to hear a story. We need to connect with that suffering. We need to identify with it, and then we can forgive.

There is no story with Ferguson.

And that’s why people want to stick his head where he used to stick carrots and start throwing playing cards at it.

He should have spoken out.

He should have told us his story.

He should have done all of this before he sat down to play.

Sitting down shows us that has forgiven himself. How now seeks forgiveness. And for many that won’t be enough.

“If he has a genuine desire to make things right with the players, he should make a donation towards a cause that would facilitate the growth or legalisation of poker.” Said Paris. “Until then, I think he deserves the collective cold shoulder of the poker community.”

When You Are Happy, You Can Forgive a Great Deal

That line is a Princess Diana quote, and I use it to remind people that forgiveness is not all about the person you are forgiving. It’s about what it does to you.

There is a Ted Talk from a former cop turned professor, Al Valdez, who talks about the time he thought his son was going to die after being shot in the head. He survived, and yet Valdez couldn’t see the miracle before him because rage had overwhelmed him.

“I wanted an eye for an eye because he hurt my kid, my family, and me.” Said Valdez.

The 18-year old shooter got away with it. That angered Valdez even more. All the time this violence created stress. It was damaging his body and his relationships.

Eventually, Valdez was able to forgive the young man who nearly robbed him of his son. He said he underwent a powerful transformation and felt an incredible urge to give back in the form of service to others. Rocky IV star Dolph Lundgren went through a similar experience when forgiving his father for beating him as a child. He transformed his life and eventually told his story to those he had wronged and successfully sought forgiveness from them.

Actress and Director, Kimberley Yates, who lost the man of her dreams because she couldn’t find forgiveness said: “Real forgiveness is not justification.”

Most of all, you are moving away from the past, and allowing yourself to be present. Like he is trying to do.