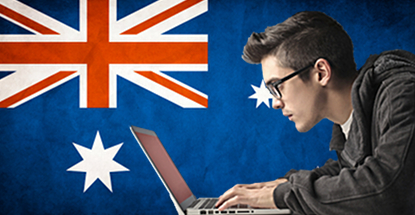 A new Australian study suggests that not only are social casino games harmless for the vast majority of players, the free-play products could provide an alternative outlet for problem gamblers.

The study, which was announced two years ago, explored the connections between social casino play and real-money gambling. (The study also examined Aussie betting operators use of social media to promote their businesses, but we’ll examine that aspect in a future article.)

The study was funded by Gambling Research Australia and conducted by Southern Cross University researcher Sally Gainsbury. For those of you keen enough to read the whole 302-page report, it’s viewable here, while the rest of you lazy bastards can continue reading this summary.

The study found a “very high overlap” between gamblers and social casino gamers, suggesting “an underlying interest in gambling-themed activities” drove both activities. This assertion might be questioned by some real-money gambling operators who found out to their cost that social gamers and real-money gamblers are generally two distinct tribes with very little crossover.

A cynical 57% of players believe social casino operators encourage their players to try real-money gambling, while just 14% disagreed with that statement.

DISEASE OR CURE?
Despite the alleged efforts of social casino operators, over 61% of respondents said social casino play had no influence on their desire to gamble for money while 66% reported it had no effect on their actual gambling activity. Just 17% reported engaging in more real-money gambling as a result of their social casino activity.

Meanwhile, 14% reported migrating in the other direction, i.e. from real-money to social play, primarily in order to get the same experience without spending any money or because they found the social games more fun than the real-money option.

Of the social casino gamers who also participated in real-money gambling, half said the experience of winning was similar in both social and real-money form. Younger adults were significantly more likely to agree with the statement that playing social casino games was “just as much fun as gambling for money.”

Interestingly, those higher up on the problem gambling severity scale were more likely to report a similar or superior thrill from a social casino win than from a real-money win. Anecdotal evidence from a separate gambling study currently underway also suggests social casinos could play a role in weaning problem gamblers off Australia’s ubiquitous pokies by satisfying the same urges in a cost-free environment.

PAYMENTS, PLATFORMS, ETC.
A majority (55.7%) of participants reported engaging in only one social casino game session per day, while 26% pushed that to two or three sessions. A mere 2.5% played more than 10 times per day. Nearly three-quarters of players spent less than half an hour per day, while a hardcore 3.3% played over two hours.

Nearly three-quarters of social casino players reported purchasing virtual credits in the past year, with the vast majority of them spending less than $20 per occasion. Most spenders reported buying credits on only one or two different games. A suspiciously high 10% of spenders claimed that they didn’t know they were spending money when making their purchases.

As might be expected, the study found that social casino games could potentially encourage increased gambling in a minority of problem gamblers – who, as numerous studies have amply demonstrated, tend to have problems that go far beyond gambling – but the games had no impact on gambling behavior for the majority of participants.