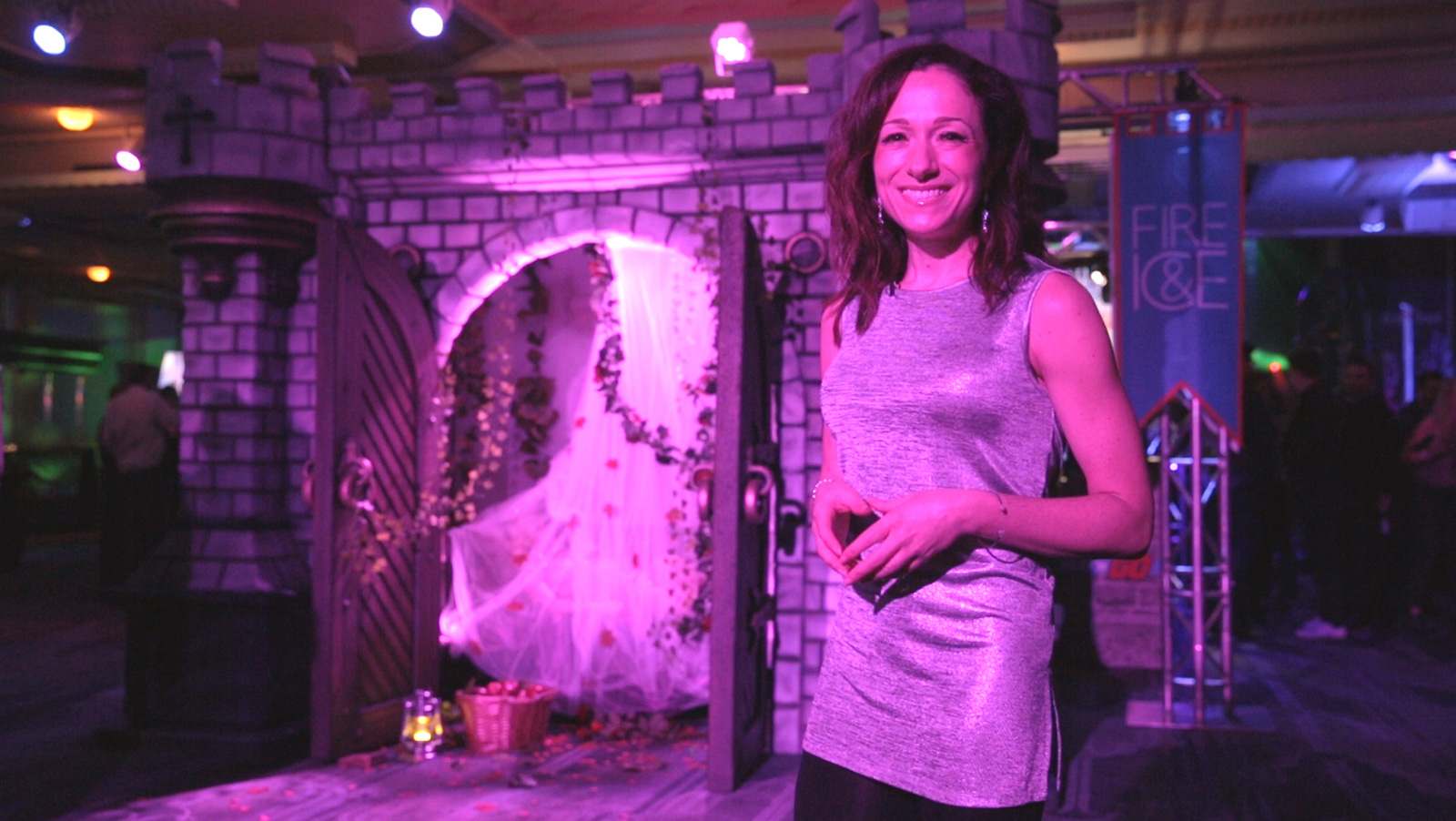 The 16th annual Fire & Ice party took place on February 8, 2017 at London’s Troxy with a sultry “Twisted Tales” theme, so think fairy tales and twist them a “naughty” 180 degrees.

From 9pm on the night, hundreds of iGaming industry professionals attended what is now the best party of the year and loved the fairy tale theme.  While most guests arrived in their favorite party clothes, there were some lovely ladies decked out in angel wings, we spotted several little red riding hood capes and of course hosts Jodie Thind and Michael Caselli were glammed up to the max in a Wicked Stepmother and French Nobleman costume, respectively.

Upon entry, the first thing we saw was a pack of wolves followed by a scantily clad maiden lying down and eating apples, a tattoo artist inking up a model and further in the distance we could see women dancing in cages, a DJ on stage and plenty of drinks flowing at the bars placed around the venue floor.

At 10:30pm the stage show began, a show that some said is the best one Fire & Ice has delivered in the 16 years its been running. Highlights from the show included a stunning pole dancer, feisty midgets, a fire eating woman, whips, chains, a lesbian act and much, much more that you would have to see to believe.

Fire & Ice sponsors Play’n Go booked a huge VIP area for their guests with a fantastic view of the stage and facilitated plenty of dancing in between the acts. A representative from Play’n Go said to CalvinAyre.com of Fire & Ice, “I love it. I’ve always been a fan of Michael and Jodie’s arrangements, so ever since the first Fire & Ice I’ve been attending every single one of them”.

Sam Trickett, one of the most famous British professional poker players, attended the party and told CalvinAyre.com, “I didn’t realize it was going to be so crazy! Its kind of like how I like to party actually, it’s a little bit out there, a little bit different from the usual West End clubs”.

Every single delegate CalvinAyre.com spoke to throughout the night had an outstanding time at Fire & Ice 2017 and according to Thind, it was the craziest one yet in terms of alcohol consumed, dancing on tables and remaining crowded until the closing time arrived.