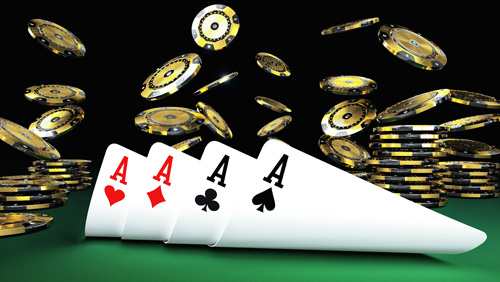 Organisers for the third Super High Roller Bowl have increased the field size to 56 players after registration balls-up.

The organisation of the Super High Roller Bowl (SHRB) has been shambolic, hardly befitting of an event many call the High Roller World Championship.

After two successful events had pulled in a combined prize pool of $36.5m, I don’t think anyone doubted the game would become a mainstay. A team comprising of ARIA Resort & Casino, Poker Central and POKER Productions peeps announced the third tournament on Jan 16, 2017.

The press release explained that the event would be a rake free $300,000 buy-in rake with a player cap of 50. The projected prize pool was $15m with an estimated $5m for the winner. It also stipulated it was an ‘open event’ with ‘ARIA reserving 15 seats for non-professional high rollers, including one celebrity.’

Registration opened on Thursday, February 2. Given the international nature of the player pool, there needed to be the ability to register online in some capacity, and also in person at the ARIA cage.

On the day of the races, the ARIA sold out. In fact, they did more than that – they ended up with 54 players.

I don’t know how accurate this article in PlayNevada is, but they assert that the ‘hard cap of 50-players’ will be decided on a ‘first-come, first serve’ basis. If that’s true, then there is no thought process required. The last four people to register are cut loose. Sorry ladies & gentlemen, be more punctual.

But that’s not what happened.

Tournament officials held a live lottery to choose the first 35 players and leave the selection of the final 15 players in the hands of the ARIA.

Daniel Negreanu made the draw, and it became apparent that the non-pros were mixed up with the pros when the likes of David Einhorn was selected for a seat, contrary to the original rules.

Here are the fortunate 35:

Here are the people who missed out after Negreanu had finished playing with his balls:

How do you impartially select the next 15 players?

I don’t know about you, but if I am a professional poker player with a bankroll to afford a $300,000 buy-in, or a wealthy backer willing to put up the money, it sounds like the best goddam game on the planet.

I remember when the World Poker Tour (WPT) changed their World Championship format and made it a $15,000 buy-in event with only WPT Champions Club members permitted to compete.

The move went down like an Italian footballer in a penalty box, and the main gripe was the idiocy for someone to pay $15,000 to compete against some of the best players in the world. Isn’t this game all about finding the value?

How many players raised the capital believing they were competing in a rake free event where the whales took up 30% of the seats? How many backers put their money on the line and put pros into the game thinking the same?

And think of the irony of kicking Bill Klein, Dan Shak, and Talal Shakerchi out of the game when they are three of the few players who have the funds to cover 100% of the buy-in.

Fortunately, there will be no bunfight. The organisers have found an answer, and it was the most obvious one.

Let them all play.

The 3rd Annual Super High Roller Bowl will include 56 players spread over eight seven-handed tables. Nobody gets to complain about jobs for the boys, and the pot has increased to $16.8m, with the first prize of $6m. The only person complaining is the one organising the buffet.

A PokerNews article covering the news states that the ‘remaining 21 seats are at ARIA’s disposal,’ and we won’t know the full lineup, or the name of the mystery celebrity, until next week. I wonder if any of the 19 professionals who didn’t get a seat are considering taking their $30,000 and giving back to their backer?

PokerNews also stated that the fourth SHRB would start with a ‘tentative adjusted field size of 56 players.’ May I suggest, they have a clearly defined procedure on how those 56 seats are to be allocated to avoid all of this confusion. It’s not as if people are playing in a $5 freezeout now, is it?