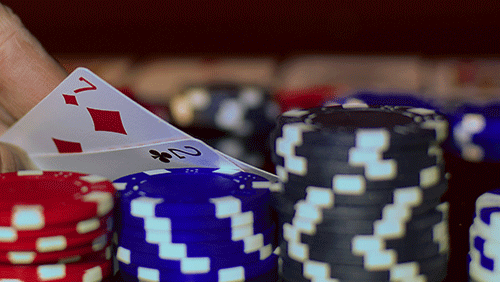 My first date with my wife was at the MGM Grand, Las Vegas to watch Ka.

What an iconic hotel.

My second date with my wife was in the Monte Carlo Casino, Las Vegas to watch Jabbawockeez.

What a crap hotel.

I didn’t get it. Hotels on the Las Vegas Strip have a theme. I associate Monte Carlo with James Bond, supercars and yachts, and very expensive bottled water. As I walked around the Las Vegas namesake, everything seemed drab. Removing the “00” from the roulette wheel was hardly a game changer. Paris built a mini Eiffel Tower.

So I wasn’t surprised when I learned that MGM Resorts International was splashing out $450 million in renovations that would effectively kill the Monte Carlo brand, and open up Park MGM and NoMad hotels on its grave.

MGM officials said they would keep the Monte Carlo operational throughout the construction work, preferring to take it on a floor by floor basis, but the poker room

The eight tables will go on eBay on April 25 leaving the Strip with 19 places where people can enjoy a game of live poker. According to CardPlayer’s Brian Pempus, the closure is the seventh on the Strip during the past decade meaning over 100 tables have gone the way of New Kids on the Block.

The new 3,000 Park MGM will open sometime in 2018, and the New York-based Sydell Group is getting their fingers dirty on that one.

One poker room that won’t be closing down is the Aria.

The joint is fast becoming the home of High Stakes Poker on The Strip with The Ivey Room hosting high-stakes matches and the Aria High Rollers taking centre stage.

Smith was once again printing money in the second $25,000 buy-in event when he defeated Scott Seiver, heads-up, to take the $337,608 first prize. 36 entrants competed in that one.

And sticking with the Aria, if you are an avid reader of my crap then you will know that organisers of The Super High Roller Bowl (SHRB) decided to create a live lottery to select 2017 incumbents after 54 players registered the 50-player cap event.

I questioned this decision as it went against the organisers earlier press release stating that 15 seats would be reserved for non-professionals, including one celebrity.

I have since received official word from a Poker Central representative, and here it is.

“Due to overwhelming interest in the event that sold out in less than a day, the remaining 15 reserved seats will now include pros, since non-pros participated in the lottery. The next 14 seats will be announced next week. The final celebrity seat will be announced in March.”

The ARIA will decide who plays and who doesn’t.

If ever there was a time to showcase it’s not what you know but who you know syndrome it’s now.

And who will be the celebrity player?