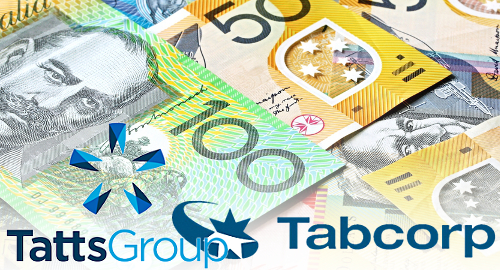 Australian betting and lottery operator Tatts Group saw its fiscal H1 profit drop by double-digits due to a dearth of large lottery jackpots and the cost of staying relevant in the hyper-competitive Aussie wagering market.

Tatts’ mainstay lottery business saw revenue slip 8.2% to A$1.02b, in part due to this year’s H1 featuring 15 jackpots over A$15m compared to 24 in the same period a year ago. Lottery earnings were down 10.7% to A$147m, reflecting marketing costs related to the launch of Tatts’ new ‘the Lott’ brand.

The wagering division reported revenue falling 2.5% to A$318m while earnings tumbled 15.2% to A$58m. While Tatts said its repositioned UBET wagering brand enjoyed higher retail turnover, the period saw 174 races cancelled due to bad weather, 35% more than a year ago.

Tatts’ gaming services division MAX (formerly Maxgaming) saw revenue nudge up 1.5% to A$60.5m, while the technical support service unit MAXtech (formerly Bytecraft) was down 23.4% to A$39.6m following the cancellation of some unprofitable contracts.

As for the proposed merger with Tabcorp, Tatts said the process was unfolding as planned. Should the merger be completed within Tatts’ current fiscal year, the company estimates its total costs would be around A$60m.

TABCORP SETTLES MONEY LAUNDERING PROBE
Speaking of Tabcorp, the operator has reached a settlement in the federal civil lawsuit filed by the Australian Transaction Reports and Analysis Center (AUSTRAC) over Tabcorp’s failure to abide by proper anti-money laundering (AML) protocols.

On Thursday, Tabcorp announced that it has agreed to pay a penalty of A$45m, plus an additional sum to cover AUSTRAC’s court costs, the amount of which wasn’t specified. In its recent fiscal H1 report, Tabcorp said it had already paid A$20m in costs related to the court proceeding. The parties plan to submit their agreement to the Federal Court within seven days for approval.

While Tabcorp acknowledges that there were “a number of deficiencies” in its behavior, these deficiencies “were not the result of a deliberate intention to breach the AML/CTF legislation.” Tabcorp says it has since upgraded its compliance regime, which will carry over should the Tabcorp-Tatts merger go forward.