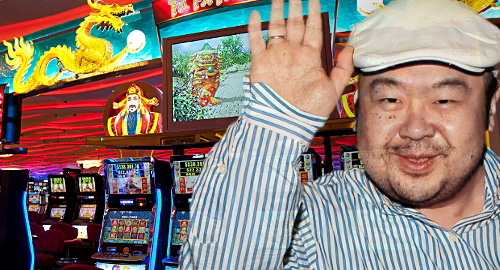 Fed up with the spread of illegal online gambling operators, Malaysian authorities are moving to update the country’s laws to help stem the tide.

It was two years ago that Malaysian authorities began calling for an update to the country’s Common Gaming House Act 1953, which obviously predates the modern communications technology that has allowed online gambling to spread far and wide through this deeply conservative country.

Malaysian police have tried just about everything to combat illegal operators, including blocking thousands of mobile phone numbers to combat SMS gambling and cutting off the power supply to ‘family entertainment centers’ suspected of offering more adult entertainment.

On Tuesday, Deputy Prime Minister Ahmad Zahid Hamidi announced that a draft amendment to the 1953 law had been submitted to the Attorney General’s office and would be introduced into parliament in March.

The Deputy PM also admonished the public for not recognizing the limitations of the existing gambling laws while assuming that police were “closing their eyes” to the proliferation of online gambling due to having been paid off by the operators.

NORTH KOREAN DICTATOR’S CASINO-LOVING BROTHER MURDERED
Clearly, nobody comes to Malaysia for the gambling, but the gambling-loving half-brother of North Korean dictator Kim Jong-un was apparently assassinated this week while on a trip to Malaysia.

According to Malaysia’s Bernama news agency, 46-year-old Kim Jong-nam (pictured) was at the airport in Kuala Lumpur on Monday when a woman approached him from behind and covered his face with a liquid-soaked cloth. Kim went to a receptionist complaining that his eyes were burning but his condition quickly worsened and he died in an ambulance on the way to a local hospital.

Kim was a semi-permanent resident of Macau, where he was a familiar face around the casino slot machines and at the bar. The hard-partying Kim was reportedly waiting to board a flight to Macau at the time of the attack.

Kim’s high-flying ways were financed by the North Korean regime, but the regime had its limits, having cut off his Visa Gold card in 2012, leaving Kim no way to pay his $15k Macau hotel bill. Rumors had it that Kim’s constant presence in Macau was linked to the regime’s efforts to launder money.

Autopsy results have yet to be released, but there’s no shortage of speculation regarding possible motives for wanting Kim dead. Kim survived an earlier assassination attempt in Macau in 2011 in which his bodyguards exchanged gunfire with the assailants.