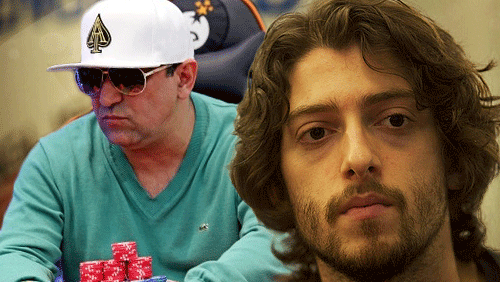 With 888Poker and partypoker busy in the Ambassador transfer market, I knew it wouldn’t be long before PokerStars brought their interview panel out of retirement. Online Poker Room Ambassador web pages always need a spit wash, and PokerStars has done that by bringing Igor Kurganov into the fold, and it’s a great signing.

The Russian has won over $12m playing in games that gain the most exposure via digital media. In that sense, having a walking talking billboard sitting in the games is good for marketing.

What is also good for marketing is his position in the Global Poker League (GPL). Both Kurganov and his partner, Liv Boeree, represent the London Royals and that’s also great exposure for PokerStars.

There are also unique branding opportunities because of his relationship with one of PokerStars most prized assets. With both of them now on the team, they can appeal to the ‘couples’ market.

Poker is a great way for couples to escape from the doldrums of life, and if good enough, can also result in a decent income with freedom to boot.

Finally, Kurganov isn’t interested in a Wolf on Wall Street lifestyle. The man who speaks more languages than C3PO wants to rob Peter so he can help reduce suffering in the world.

The Effective Altruist is in the poker business so he can buy bed nets for children trying to ward off deadly mosquitos, helping raise the profile of meta-charities, and saving the world from the existential threat of artificial intelligence gone rogue, in his role with Raising for Effective Giving (REG).

Who doesn’t benefit from an alliance with a man like that?

Mesque defeated the Uruguayan Alejandro Del Puerto in heads-up action to take down the $109,350 first prize in the $900 buy-in Main Event. PokerStars Team Pro, Andre Akkari, also had a deep run finishing seventh for $15,340. It was his first final table appearance at the BSOP and the last time that PokerStars act as sponsor of the event.

The Enjoy Conrad Resort & Casino, Punta del Este, in Uruguay was the venue, and PokerStars will be heading there for the PokerStars Festival Sep 16-23, 2017.