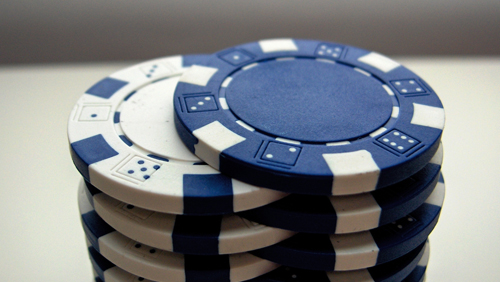 Igor Kurganov and Scott Margereson enjoy fruitful weekends in the online world as Niklas Astedt returns to the top of the world, and Americas Cardroom CEO, Phil Nagy, appears on the Joey Ingram podcast to talk about bots.

Eric Carle and Bill Martin Jr., once penned the pleasant poem ‘Panda Bear, Panda Bear, What do You See?’

The Panda saw a Bald Eagle.

What do you see?

The ballistics report would likely show you saw someone fiddling on their mobile phone. The most common gate to the virtual world is like a festering wound – picked, prodded and poked. It doesn’t matter if you’re crossing the road during rush hour. You couldn’t care less if you were walking through a field of landmines. One doubts you even stopped to look up as 850-years of religion burned to a crisp in Notre Dame.

You didn’t even hear them.

This weekend, as we buckled our seatbelts and headed to mother’s for our Sunday Roast, the poker world closed their iron gates, slipped on the Sennheiser’s, and sought glory in the world beyond our world.

“Panda Bear, Panda Bear What Did You See?”

Switching to partypoker, and Hristivoje “All_In_PAV” Pavlovic and Kenny “Spacey1891” Hallaert enjoyed deep runs in the $1,050 buy-in, $150,000 Guaranteed Sunday High Roller Predator. The Australian finished second to rdcrsnn for $15,937.73, and Hallaert finished third for $12,385.46. The winner collected $39,060.54. Live streamers would have had a field day as Pavlovic is a member of partypoker’s Team Online, and Hallaert belongs to the No-Limit Gaming tribe.

There were also a few changes in the PocketFives World Rankings this week with Niklas “lena9000” Astedt reclaiming his crown from Andras “probirs” Nemeth.  Girafganger7 moved into third, and Roman “RomeoPro’ Romanovsky dropped to fourth.

The virtual world has all manner of benefits {just ask the luminaries listed above}. One major issue is the ability for people to hide behind their computers while hurling shit bombs. Place the hurlers in the same room, or face-to-face over Zoom or Skype, and a strange thing happens – they find common ground.

In February 2018, the award-winning podcast host Joey Ingram created a series of videos on his popular YouTube channel, accusing Americas Cardroom (ACR) of all manner of illegal activity including bot-infestation and possible superuser account.

The videos prompted a few exchanges between the ACR CEO, Phil Nagy, and Ingram, but it wasn’t until earlier this month that ACR took the step of banning multiple bot-controlled accounts in Latvia, returning $175k to affected players, and creating a new reimbursement policy.

Over the weekend, Nagy appeared in Ingram’s podcast to talk about ACRs bot policy, and to answer anything and to deal with any shit bombs Ingram felt like hurling.

Reading through Andrew Burnett’s cliffs over at PokerTube is appears that the exchanges were fruitful and friendly with Nagy’s only beef being Ingram’s accusations that there could be a superuser account on the site.

“You can call me a lot of things…an idiot…but don’t call me a thief!” Said Nagy before continuing to tell Ingram that he would shut the site down if that were the case.

Nagy even opened up to Ingram, telling him how he received death threats in the wake of Ingram’s explosive Feb 2018 videos.

Here is the interview in full, but I must warn you, with The Game of Thrones and Avengers: End Game in full swing, you may want to think twice about watching two hours and forty minutes of bot talk.