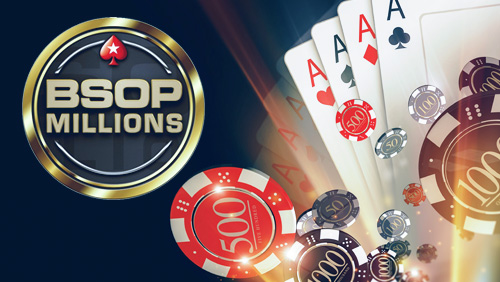 PokerStars will sponsor the Brazilian Series of Poker Millions for the final time as tournament organisers guarantee R$5m in prize money for the R$3,500 buy-in Main Event.

People talk about the next poker boom as some catalytic future event. It’s not. There is a poker boom happening right now, and it’s not in China, it’s not in America – it’s in Brazil.

The opening event of the World Series of Poker Circuit (WSOPC) in Sao Paulo attracted 2,981 entrants, making it the largest WSOP-branded poker tournament held outside of Las Vegas since blobs became creatures.

Devanir Campos, Director of the BSOP, calls the event ‘the biggest outside of Las Vegas’ and they will reconvene on November 22 for the 7th Annual BSOP Millions – the final event held underneath the PokerStars umbrella before they switch allegiance to the PokerStars Championship & Festival brand.

The 2016 BSOP Millions will run until December 1 and will consist of 36 events ranging from R$460 to R$15,000. The Sheraton WTC in Sao Paolo will have a backache from all the table folding.

The premier event will once again be the R$3,500 buy-in Main Event. There is R$5m guaranteed in prize money with the winner safe in the knowledge that they will win a minimum prize worth R$1m.

As it’s the final event of the Brazilian live tournament calendar, we will witness the coronation of the newest Brazilian Player of the Year. Presently, Kelvin Kerber holds a slight lead over Rodrigo Caprioli. 888Poker Ambassador, Bruno Kawauti is also in the mix.

Brazilian Player of the Year Leaderboard

Here is your full run down of events.