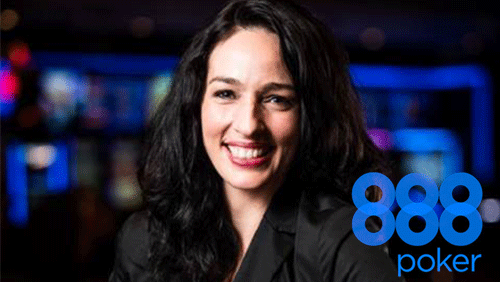 888Poker continues to provide value for their ever growing roster of players with the release of the 888Poker News Channel starring 888 Ambassador Kara Scott.

Online poker has never been harder. There are bots. Human Heads-Up No-Limit and Limit Hold’em players have been thrashed by artificial intelligence. The sharks swim around the ocean tearing the fish to shreds before they have developed enough self confidence to reload.

But I still think there has never been a better time for recreational players to get into the game and it comes down to one thing.

Not since PokerStars, Full Tilt Poker, and PartyPoker were hand bagging at ten paces pre the Unlawful Internet Gambling Enforcement Act of 2006 (UIGEA) have we seen such a competitive spirit in the online poker space.

PokerStars has been the kiddy for too long. Walking around the playground singing, “If you don’t get out the way I’ll kick you up the bum.” Buying their competition, offering the biggest prizes, and the best software.

Not content with being the cock of that manor, they even entered the live space, acquired the European Poker Tour (EPT) from John Duthie, and turned it into a festival to rival the World Series of Poker (WSOP).

But the other kids are starting to puff out their chests.

Partypoker went all Full Tilt Red Pro and hired a gazillion poker ambassadors, including the youngest man to ever win a Wimbledon title, Boris Becker. Then they partnered with Dusk till Dawn (DTD), hired John Duthie, and now plan on challenging the other main tours with their partypoker LIVE and MILLIONS brands.

And then you have 888Poker.

There is something special going on at the world’s second largest online poker room in the world. I can feel it in my fingertips. They have also pushed the boat out by hiring a raft of exciting new ambassadors including the most successful online multi-table tournament (MTT) player on the planet in Chris Moorman, and the man I believe will one day own more WSOP bracelets than anyone, Dominik Nitsche.

And they were smart with their hires. Kara Scott, Natalie Hof, and Parket ‘TonkaaaaP’ Talbot are not just amazing poker players. They are experts in the field of media, presenting, and Twitching.

And it’s Kara Scott who has the spotlight in their latest experiment: 888Poker News.

The debut 888Poker News Channel segment is up on YouTube (catch the clip below) and I think it’s a decent start with plenty room for improvement.

The slot if 6:30 mins long, and I feel that is a tad too long. I would like to see the slot down to the 4-5 minute mark, even if that means releasing two per week.

Kara Scott is as astounding as you would expect her to be, but I feel she had a little too much work on her plate keeping us entertained for the full six minutes. I would have preferred more cut scenes to liven things up.

The one major gripe I have is it’s too focused on 888Poker. Now this is where the brand needs to be brave. Online poker players want to know what’s going on in the poker world and not just 888Poker. In my brief experience working in the poker industry brands are very protective about mentioning other brands, and I think that’s a mistake.

I would like to see 888Poker using half of their allotted time to give the fans a rundown on what is happening on their favourite poker room, with a news round up of everything else that’s going on in the world of poker.

If you are providing value.

If you are building bonds.

If you are creating trust.

What do you have to worry about?

If the Super High Roller Bowl (SHRB) is a sellout, tell us about it. If artificial intelligence beats humans in HUNLHE tell us what it means? If Joey Ingram writes a poker strategy eBook tell us where we can buy it?

If they can make these minor tweaks over time I think the news channel could be another value proposition that customers will lap up like Lou Ferrigno used to lap up green ink.