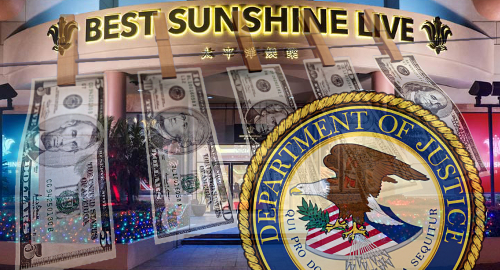 Saipan is part of the Northern Mariana Islands, a US Commonwealth, which gives the DOJ authority over its legal mechanisms. Monday saw the DOJ launch a weeklong training session at the local US Attorney’s Office covering regulatory compliance and criminal investigations in the gaming industry.

To get its message across, the DOJ enlisted the help of the IRS, the FBI, the Department of Homeland Security and the Nevada Gaming Control Board. Among those in attendance on the other side of the room were members of the Commonwealth Casino Commission and the Tinian Casino Gaming Control Commission.

Alicia Limtiaco, the US Attorney for the Districts of Guam and NMI, told the Saipan Tribune that the training session would cover “everything pertaining to the Bank Secrecy Act, money laundering, financial crimes, national security, looking at overview of gaming regulations, organized criminal activity, and a host of other topics.”

Limtiaco told participants that it was a few months ago that she’d informed Governor Ralph Torres that her office was interested in hosting the session. The timing is interesting, as it was in November that Bloomberg News reported that US financial watchdogs had taken an interest in the billions of dollars being turned over each month at Saipan’s lone casino Best Sunshine Live.

Best Sunshine’s operator, Imperial Pacific International Holdings, has denied knowledge of any such investigation by US federal authorities. But the casino’s former VP of table games has since claimed he was sacked for refusing orders to instruct VIP gamblers on how to avoid US financial reporting requirements, an allegation that Imperial Pacific vehemently rejects.

US authorities have been watching gaming operations in the Marianas for a while now. In 2015, the US Treasury Department’s Financial Crimes Enforcement Network (FinCEN) levelled a $75m fine on the operators of the Tinian Dynasty Hotel & Casino for “willful and egregious” violations of the Bank Secrecy Act. The operators eventually declared bankruptcy and the company currently kicking the dormant property’s tires isn’t happy about being asked to honor the former owners’ unpaid penalties.

Whether the DOJ’s compliance training session is pure coincidence or a very public reminder for Imperial Pacific to mind its P’s and Q’s, Gov. Torres believes Saipan’s regulators will now have a better handle on how to keep their lone gaming operator on the straight and narrow.