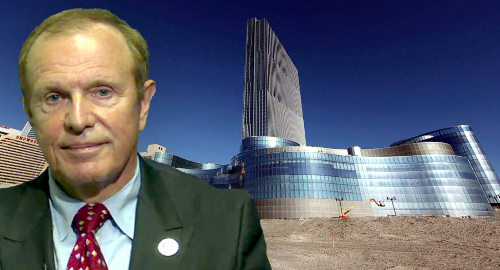 A New Jersey state politician has introduced legislation that would make it easier for the new owner of Atlantic City’s shuttered Revel to reopen the property as a casino.

The bill offers a lifeline to developer Glenn Straub, who learned last week that he needs a New Jersey gaming license if he wants to reopen Revel – under its new moniker TEN – with a casino component. Straub contends that he’s only a landlord, and that an outside firm will manage TEN’s gaming operations, so why does he need a gaming license?

Lesniak, a longtime proponent of gambling in the Garden State, told the Press of Atlantic City that it “makes no sense to have a landlord go through the same lengthy review as a casino operator and stands in the way of [TEN’s] opening and creating business activity and employment.”

Straub purchased Revel in 2015, about six months after the financially struggling property closed its doors for the second time in two years. But Straub’s efforts to revive the dormant venue have so far come to naught, and the head of the Division of Gaming Enforcement said last week that the property reopening with a casino was “not even remotely imminent.”

Revel was one of four AC casinos to close in 2014, while the Trump Taj Mahal shut its doors last October. On Monday, the Taj’s owner Carl Icahn announced he’d changed his mind and was now looking to “sell the Taj at a loss (if possible)” rather than sink more money into the property, which Icahn acquired after the Taj declared bankruptcy in September 2014.

Icahn’s Monday statement flipped the bird at state Senate President Stephen Sweeney, one of the architects of legislation that would have imposed a five-year gaming license suspension on any casino owner who shut their operations down after January 2016. Gov. Chris Christie vetoed the bill on Monday, saying it was unfair to Icahn.

In response to Icahn’s missive, Sweeney said Christie’s veto would allow the billionaire “to exploit and manipulate bankruptcy laws and casino licensing regulations in ways that would enrich himself at the expense of regular casino workers and the families who depend on them.”