Home / Sports / Patriots blindside sportsbooks with a second half rally 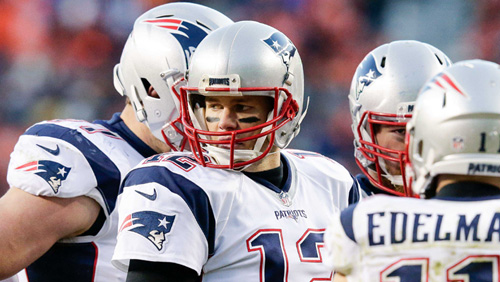 Many sportsbooks took a beating on Sunday night after the New England Patriots did the unthinkable and clawed its way back from a 25-point hole to win the Super Bowl LI.

The halftime resurgence of the Patriots dealt a big blow not only against the Atlanta Falcons, but also for many sportsbooks that had the odds of the underdogs winning at 99.3% when the score was 28-3.

According to two bookmakers who talked to CalvinAyre.com, the Patriots beat the spread after the Tom Brady-led team made one of the greatest comebacks in sports history. They said people bet a lot on the patriots during in game betting, when they were down 28-3.

One book manager watching the live betting results of the Super Bowl closely described that the mood is somber for many sportsbooks.

“(The) mood is somber around here. The Pats peaked at 11/1 in game. We lost twice as much on the live betting as we did on the Patriots -3. It was devastating,” the book manager, who refused to be named, said.

The second book manager agreed with the first book manager, saying “Much like the season, the Super Bowl was filled with (the same) sadness we’ve come to expect in the 2016 season…shitty result.”

When asked how it compared to the 2007 Giants upset over the then undefeated Pats, “Not even close, (there was) plenty of action on both sides, just more on the Pats.”

It may perhaps be a not so surprising night for Sportsbooks, but Super Bowl Li sure is one for the books. With the win, Brady becomes the first quarterback to win five Super Bowl championships and, at 39, the second oldest at his position to win the NFL’s biggest prize.

Most importantly, the Patriots reminds us that the comeback is real.