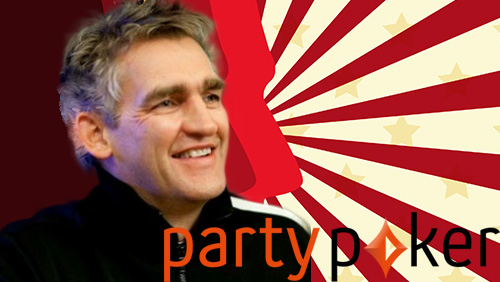 European Poker Tour founder, John Duthie, will be looking to do it all again as partypoker install him as president of the partypoker LIVE brand.


When PokerStars pulled out a 12-barrel shotgun and aimed at their foot, I was looking at the other online poker rooms waiting for a response.

I was waiting for a big bang, but the takeover was never going to work like that. Poker is a game where the best players have a long term plan and the kahunas to stick to that plan. Why would the online poker rooms act any differently?

Take partypoker as an example. The online poker room’s relationship with Dusk till Dawn (DTD) didn’t set off too many alarm bells when the pair began their Valentine back in 2015. But it’s becoming more apparent that the vision of DTD Rob Yong is going to be critical in the online poker arms race.

Yong is a man who is invested in growing poker from the grassroots up. Under his leadership, his team have raised the profile of partypoker, significantly, particularly in the UK, and it’s time to move into other areas of the world.

Big John Steps Into the Fold

It was John Duthie who conceived the idea of the European Poker Tour (EPT). He was the founder and CEO before PokerStars adopted his baby. He is a Poker Million winner, and as a TV producer and director, he knows how to put on a show.

And you know what I mean when I say real.

Duthie joins partypoker as the President of partypoker LIVE on a five-year deal. I like that. Five years shows commitment. It also shows sensibility. Change takes time.

And John Duthie isn’t the only addition to the team. The former European General Manager of the World Poker Tour (WPT), Neil Barrett, has also joined in a bid to use all of his creative energy to make partypoker’s live tours the largest and most fun events in the world.

The tumbleweed has raked up a lot of dust, and a few gunslingers are hiding amongst it who have you in their crosshairs.