Home / Business / Here’s what you need to know about that Trump Wall: A betting guide 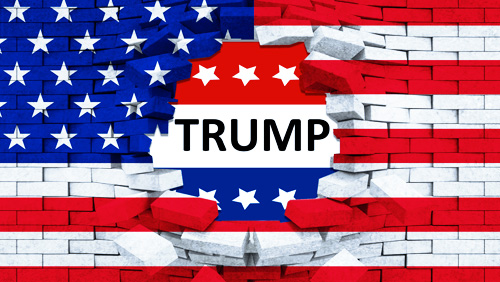 When the world pivots toward uncertainty, people often find themselves searching for answers.

Remember the European Referendum, when the British find themselves at the crossroads of exiting or staying in the league of European countries? What about the fall of Democratic presidential bet Hillary Clinton and the rise of President Donald Trump in the US national elections three months ago?

Now, the people has arrived on the same, familiar spot. This time, they want to know what lies ahead of the wall that President Trump wants to build – especially that it might spell the end of the unlimited supplies of tacos and burritos to Uncle Sam.

So before you start stress-eating and gobble up the probably last chimichangas in the United States (yes, I’m looking at you Deadpool), it’s probably a smart idea to know the future of the Great Wall of Trump courtesy of Bodog.

For those who are wondering when the Trump administration is going to break ground for his much vaunted wall, the online sportsbook believes that it is unlikely for Trump to put shovel to dirt after July 4th.

This is probably a welcome development for party-crazy Americans since they are likely to have more time hoarding their favorite bottles of Tequila from their amigos in Mexico for the annual Cinco de Mayo and Independence Day. Just a friendly advice: Tequila is only available until supplies last.

Many are also wondering whether or not Trump will hold a ribbon-cutting ceremony, especially the PR-savvvy President is not a stranger to social events. Apparently, Bodog thinks there will be no ribbon ceremony, attributing “yes ceremony” equal to profit. The “no ceremony” odds, on the other hand, is at -140 (5/7).

Bodog didn’t offer any reason why Trump will not hold a ribbon-cutting ceremony for the wall. If it’s the case, then it is probably part of the US administration’s austerity move, especially after each Americans will throw at least $280 for the wall.

Finally, a lot of people may be wondering: how high will the Trump wall be?

This is hard to predict since punters have been split right in the middle. Dead even. Bodog predicts a -120 odds for over 37.5 feet while the odds for under 37.5 feet is also at -120.

Now that the elephant in the room has been addressed, it’s time to stop facing the wall and click into some wall action.