888Poker continues to invest in innovation with the announcement that a trio of female 888Poker Ambassadors will feature in a special ‘Queens Clash’ tag team match at 888Live King’s Festival.


Is it me, or has 888Poker hired some new personnel in the marketing department?

I’m not sure if I am suffering from confirmation bias, but there seems to be a very powerful drive by the world’s second largest online poker room to remind those disappointed with PokerStars that there is a viable alternative.

In the build up to the event, there was the WWE Wrestling style storytelling marketing of the William Kassouf vs. Stacy Matuson ‘Grudge Match.’ While it won’t affect the attendance in Rozvadov, it will add numbers to the live stream, and allows people like me to keep writing articles about them.

Recently, 888Poker announced that Parker ‘tonkaaaap’ Talbot had joined the team as an ambassador. Talbot is the future of poker. He is a Twitch sensation with over 80,000 fans following his every flop, turn and river across the full breadth of digital services.

Talbot will join David Tuchman in the commentary booth for the 888Live King’s Casino digital coverage. Tuchman’s addition to the 888 team, albeit on a non-permanent basis, has mostly flown under the radar, and he makes a real difference to the quality of the live stream.

The latest move takes a leaf out of the Unibet Open playbook.

The Swedish online operator hosted a Ladies Battle Royale as part of their Unibet Open Bucharest festivities, and I think it’s a brilliant idea if an online poker room wants to tap into the female market.

888Poker is thinking along the same lines. 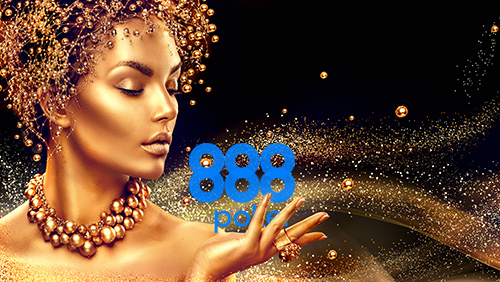 Each game will feature a different star, but over the three games, the teams have four timeouts where a team strategy can take place. Each match has a 5,000 starting stack, 15-minute blind levels, a two-minute shot clock, and 10-minute time bank.

Here is the structure:

And the two teams will be playing for more than pride.

The winning team receives a $1,000 entry into the Ladies Championships at the 48th Annual World Series of Poker (WSOP).


The action at King’s is already underway and ends on Feb 6.

The €225 buy-in opening event attracted 783 entrants, so expectations are high for a good turnout this coming week. The festival has a little something for everyone with buy-ins ranging from €60 to €5,300. The centrepiece is the €888 buy-in Main Event with a €300,000 guarantee.