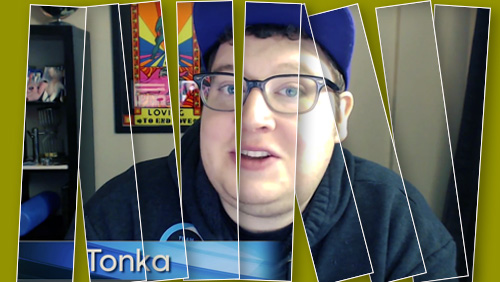 888Poker has signed Twitch star, Parker ‘TonkaaaaP’ Talbot, to represent the brand as an ambassador bringing close to 80,000 of his fans along with him.

13-months ago Parker ‘TonkaaaaP’ Talbot bought a microphone, stuck it in his computer, and started streaming on Twitch.

It was one of those ‘fuck it‘ moments.

He never expected anything to come of it.

To be fair, it’s an appointment the poker media should have seen coming. The Twitch sensation jumped on a jet plane heading for 888Live London to sit in the commentary booth with David Tuchman, and it was a great success.

And if you look back on 888’s appointments in Kara Scott and Natalie Hof you can see that the online poker giant likes to hire people who are guaranteed to pick up digital exposure through their other skill sets, and Twitch is huge right now.

PokerStars were quickest off the mark hiring Jason Somerville, Jaime Staples, and Kevin Martin. 888Poker have now picked up Talbot. It won’t be long before partypoker add a Twitch powerhouse to their ever growing stable.

During an interview with 888’s Chad Holloway, Talbot explained how he first poker starting tickling his jangly bits after watching the World Poker Tour (WPT) with his parents. Games around the kitchen table with his father had taught him the ropes before he played in the casino for the first time when he turned 18. He lost $100 and was ‘devastated.’

A few days later, and his mother gave him a $100 bill for his birthday. He had a second shot. Talbot would turn it into $8,000 playing $1/2 & $2/5 cash games. A move into MTTs followed, before settling on Sit n Go’s where the word on the street has it he made a bit of a name for himself.

Talbot is proof personified that the right work ethic, skill, and street smarts are enough to get you noticed in the new digital age. Talbot will stream live on the 888Poker Network Tuesday, Wednesday, Thursday, Saturday and Sunday at 1 pm EST. You will also see him joining his new teammates at the 888Live King’s Festival where he will once again team up with Tuchman to call the action.