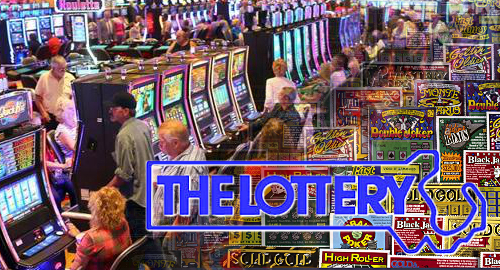 The Massachusetts legislature is wasting no time getting its legislative ducks in a row via the introduction of new/old online gambling and lottery bills.

This week witnessed the arrival of SD.618, ‘An Act Relative to Gaming’ introduced by state Senate Minority Leader Bruce Tarr. The bill is a stub, consisting of only three paragraphs, only one of which actually clarifies what Tarr hopes to legalize.

The bill seeks to set up a Priority Expense Fund, into which the state’s internet gambling proceeds will be directed. The allowable “gaming operations” may not “include or reflect gaming mechanisms operated by the state lottery program of those simulating or resembling slot machines, so-called.”

Flanagan’s new bill, SD.6, is similarly short on specifics, seeking only to explicitly authorize online and mobile lottery activity while leaving it up to the Massachusetts Lottery Commission to determine what types of online lottery products will be acceptable.

There is currently only one gaming venue operating in the state – Penn National Gaming’s Plainridge Park Casino, which opened its doors in June 2015. The Social and Economic Impacts of Gambling in Massachusetts (SEIGMA) report found that “lottery sales have not decreased statewide or nearer the casino during the first year” of Plainridge Park’s operation.

Furthermore, researcher Rachel Volberg, who led the study, noted that lottery sales had “significantly increased” in Plainville – Plainridge Park’s host community – although sales at the casino’s officially designated surrounding communities “grew more slowly on average than the rest of the state.”

Volberg cautioned that the study reflected only the first year of casino operation, and thus long-term trends couldn’t be determined. She also couldn’t say whether the much larger casinos being built in Everett and Springfield would have a different impact on lottery sales.

This is the second Massachusetts study in as many months to debunk gambling-related myths. In December, the MGC received a study that found Plainridge Park’s opening had failed to produce the predicted wave of criminality in the surrounding communities, and that calls to local emergency services were “proportional with non-gambling facilities of similar size.”