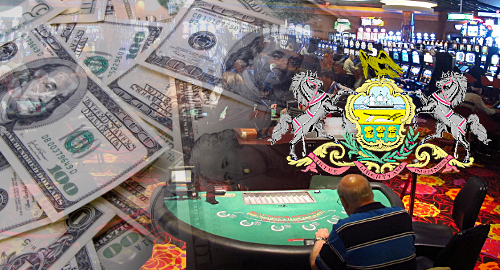 Pennsylvania casinos brought in record revenue in 2016 thanks to an equally record performance by its gaming tables.

Figures released Tuesday by the Pennsylvania Gaming Control Board show the table games at the state’s dozen casinos generated revenue of just under $71.2m in December, half a percentage point below what those same tables generated in December 2015.

This marks the second consecutive year of record casino revenue, which followed two years of year-on-year declines in 2013 and 2014, and the sixth straight year in which the state’s casinos have collected over $3b.

Since Pennsylvania authorized casino gambling in 2006, the state’s slots and tables have generated revenue of nearly $25.9b. Slots contributed $21.2b of this total, while table games – which weren’t authorized until 2010 – added $4.66b.

Pennsylvania has the nation’s highest slots tax (54%) and the state’s take of 2016’s casino revenue amounted to $1.38b. Since 2006, the state’s cumulative tax haul has totaled an impressive $13.3b. Last year, the state surpassed New York and Nevada in terms of gaming tax collection.

Las Vegas Sands’ Sands Bethlehem property maintained its status as the state’s unquestioned table game leader in 2016, with revenue rising 7.3% to $230.1m. Runner-up Parx Casino enjoyed a bigger year-on-year gain (12%) but was still well back of the leader with $161.8m. Philadelphia’s SugarHouse enjoyed the biggest year-on-year gain of all 12 casinos (+23%) but that was only enough for third place with $116.4m.

Pennsylvania’s gaming market is in for a significant shakeup in 2017, with legislators set to consider a number of expansion proposals, including online gambling, daily fantasy sports, mobile gambling at state airports and video poker machines at bars and clubs.