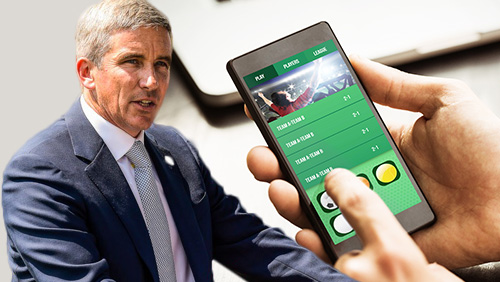 In what could be described as a marked departure from its earlier stance, pro golf’s top association has indicated it is now keeping an “open mind” about online sports betting.

During an interview with the Golf Channel, new PGA Tour Commissioner Jay Monahan spoke positively about the tour’s future relationship with sports betting, noting that the golf organization is taking notes on what other sports have been doing as well as the trends in the industry.

“You look at DraftKings and FanDuel, you look at gaming in the international markets, there’s a lot of opportunity there. There’s some complexity, and that complexity has held us back from moving forward. But we will look at it and have an open mind towards it,” Monahan said, according to ESPN.

Details are a little short on what the PGA has done regarding sports betting, but the commissioner’s viewpoint—although not as liberal as NBA’s Adam Silver—shows how far the organization has come.

If you recall, the PGA banned its players back in 2015 from endorsing or playing on daily fantasy sports sites, saying that it would “regards any player participation in these games as conduct unbecoming of a professional.”

But five months later, the organization started exploring with the idea of providing real-time tournament information to online sports betting operators. In its request for proposals (RFP), the PGA Tour stated it “continues to explore the risk/return trade-off associated with potential entry into the online sports gaming category.”

Golf is problematic for DFS sites, given that the carveout in the 2006 Unlawful Internet Gambling Enforcement Act (UIGEA) so often cited by DFS operators as justifying their existence limits real-money fantasy play to the results of “multiple real-world sporting or other events.” DraftKings offers DFS contests on golf tournaments, while FanDuel does not.

Other major professional sports leagues, including the NBA, NHL and Major League Baseball, have deals with either DraftKings or FanDuel. The two companies plan to merge later this year.