Gaming analysts are betting on leisure players from different countries to drive Macau’s gaming revenue for this year. 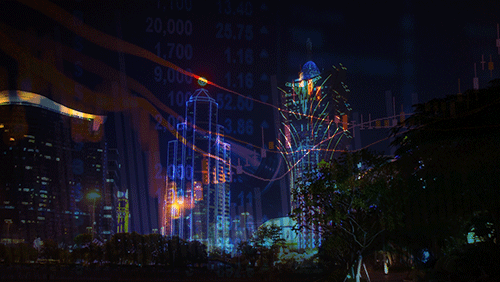 For 2017, analysts surveyed by Bloomberg are predicting that Asia’s gambling mecca will see its gambling revenue rise by 7 percent due to a surge in tourists from beyond China.

“There are definitely more reasons to come to Macau now versus two years ago, and that is the key reason why overnight visitation is growing faster than total visitation,” said Nomura Holdings Inc. analyst Richard Huang. “we expect that to continue drive growth in the mass gaming segment.”

Data from Macau’s Statistics and Census Services showed that the number of tourists from South Korea, Japan, and the U.S. that have visited Macau spiked in November, offsetting the declining arrivals of mainland Chinese who make up two-thirds of the region’s 2.6 million visitors in the month.

The influx of tourists is bolstered by the opening of Las Vegas Sands Corp. and Wynn Resorts Ltd.’s tourist-friendly resorts.

But tourist arrivals to Macau during the first two days of January dipped 6.12 percent year-on-year, to 318,948. The calendar New Year arrival figures were collected by the police from the seven immigration checkpoints serving the territory.

The dismal figure comes after a surge of visitor arrival tally recorded during the Christmas festive period the previous week.

The bulk of tourist arrivals to Macau during the two-day New Year period took place at the Border Gate on Macau peninsula, which connects the city with neighboring Zhuhai in Guangdong province.

Still, gaming analysts from Union Gaming Securities Asia Ltd are optimistic that January will likely be a “big growth month” for the city’s casino gross gaming revenue, especially since the Chinese New Year holiday will fall late in the month.

It is during the Chinese New Year when people often gamble big.

“Without a doubt over past several months, Macau has felt busier than it has in a couple years,” Grant Govertsen, an analyst at Union Gaming Group LLC, said.