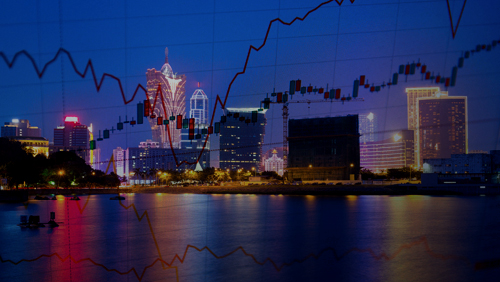 And the recovery continues for Macau’s struggling casino industry.

October was the best month for the world’s biggest casino hub since January 2015, when GGR totaled MOP23.84 billion, according to the regulator. It also marked that third consecutive month of year-on-year growth for Macau, which recorded its first growth in August after 26 straight months of decline.

The growth, which exceeded analyst expectations, was attributed to newly opened casino resorts that boosted spending in the special administrative region.

“We would expect all of the Macau Big 6 names to rally on today’s GGR data with further good news likely this week on select 3Q16 earnings calls. In particular, we are looking for a positive tone out of Sands China, which we believe is experiencing strong mass market trends following the opening of Parisian,” Union Gaming analyst Grant Govertsen said in a note.

Macau’s GGR growth is expected to continue in November, with analysts forecasting an 11 percent growth to reach MOP18.2 billion.

“With the most recently opened new supply entering into their third and second full months of operations, we expect the GGR story to largely mimic what was seen in mid/late September,” Govertsen said.

Meanwhile, Govertsen said the recent arrests in mainland China will not affect Macau’s industry. If anything, the incident could even result in a “net benefit” for the special administrative region.

“As non-Macau companies shy away from VIP activities in China, albeit perhaps temporarily, this should generally accrue to Macau’s benefit. The Crown arrests are already seeming to have a knock-on effect of other operators in the same area (Australia, New Zealand) pulling back resources from China,” the analyst said.