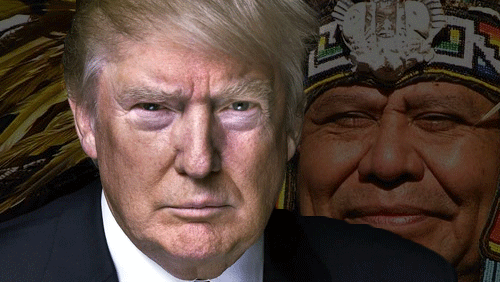 With only a few weeks before the businessman-turned-politician takes over the world’s most powerful office, U.S. tribes are hoping that president-elect Donald Trump will be a good thing for both their people and gaming operations.

“We are at the very beginning of the Trump presidency and look forward to engaging the incoming administration about tribal issues in general,” said tribal Chairman Mark Macarro of the Pechanga Band of Luiseño Indians, which owns the Pechanga Resort and Casino near Temecula, California, according to The Sun.

On the other hand, Tribal Chairman Robert Martin of the Morongo Band of Mission Indians — owners of the Morongo Casino, Resort & Spa in Cabazon — recalled that the tribes have forged a strong and positive relationship with the administration of President Barrack Obama.

With Trump stepping in for the outgoing Obama, Martin hopes that having a former casino owner in the White House is a good thing for both their people and gaming operations.

“We are hopeful that will continue with the incoming administration as we work to improve education, economic development, infrastructure, and job creation opportunities across all of Indian Country,” he said.

Trump is no stranger to the casino industry as he previously owned casinos in Atlantic City and Indiana. The businessman’s brick-and-mortar facilities, however, have been sold or shuttered following financial difficulties.

During his stint in the casino industry, the newly elected president had previous run-ins with tribal casino operators in the 1990s as he tried to fend off competition that the Native American tribes posed in a bid to protect his casinos in Atlantic City.

Trump’s antagonism toward the tribes changed in early 2000 when he inked a partnership with the Twentynine Palms Band of Mission Indians to re-brand and rehabilitate the Spotlight 29 casino in Coachella as Trump 29.

But the partnership didn’t last long and the tribe bought him out for $6 million.

AGA pushes for the lifting of sports betting ban

According to the Press of Atlantic City, the influential gaming association has reportedly sent a memo to Trump’s transition team outlining the casino industry’s priorities for 2017 and beyond. Among them is the legalization of sports betting.

“We are optimistic that states and tribes will soon have the option to choose if they wish to regulate sports betting in the same way (they) regulate other casino gaming products,” Freeman said. “But we still have work to do. President-elect Trump has expressed his view on sports betting and agreed that current laws have failed.”