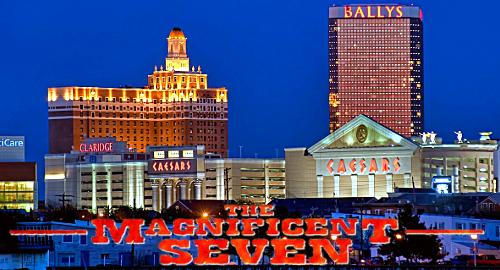 Figures released Wednesday by the New Jersey Division of Gaming Enforcement show brick-and-mortar gaming revenue at Atlantic City’s seven surviving casinos totaled $180.1m in November, down 5.8% from November 2015, although up 1% if you discount contributions from the Taj Mahal, which closed for good in October.

Counting the $17.2m brought in via the state’s licensed online gambling operators, November’s total gaming win was down 3.5% to $197.3m, but up 3% subtracting the Taj Mahal. For the year-to-date, total brick-and-mortar win is down 1% to $2.22b. Looking just at the seven surviving properties, the year-to-date figure is up 1.2% to $2.09b.

Appearing on WFAN’s Boomer and Carton sports radio show, Christie said the rejection of a proposal to allow two casinos in the northern part of the state was “a dumb move by the voters, but they did it.” Christie had supported the expansion plan, which would have included a casino at the Meadowlands racetrack on the border with New York state.

Christie noted that New York casino interests had financed a television ad campaign condemning the North Jersey plan, and Christie said voters had “listened to the New York money.” Christie warned that the end result would be “New York’s going to expand casino gaming into New York City, they’re going to make all the money, and New Jersey’s not.”

Christie also shot down the prospects of a new Assembly bill to allow internet café gambling at New Jersey racetracks, saying “the people have spoken” on gaming expansion. “They do not want casino style gaming spread in other parts of the state.”