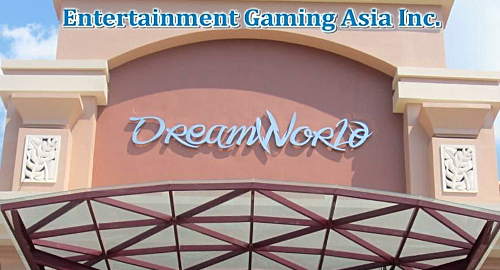 On Wednesday, the NASDAQ-listed EGT announced that it had sold the remnants of its gaming assets in Cambodia, including 278 electronic gaming machine (EGM) seats at the Dreamworld Club (Poipet), an additional 72 EGM seats held in storage as well as various spare parts and accessories, to the Dreamworld Poipet venue owner for $900k in cash.

The parties also agreed to terminate the EGM operations and participation agreement they’d entered into in April 2012. As a result, ownership of the Dreamworld Club building – which EGT had paid to construct – reverted to the venue owner upon termination of the agreement.

The sale follows EGT’s termination in June of its deal to operate 670 EGMs located in NagaCorp’s NagaWorld casino in Phnom Penh. EGT simultaneously announced that it had sold the EGMs to an undisclosed third party for $2.5m. In October, it sold its 71 EGMs in operation at Cambodia’s Thansur Bokor Highland Resort for $250k.

This week’s sale effectively ends EGT’s operations in Cambodia, a country that hasn’t been kind to the company. In 2014, EGT was forced to close its Dreamworld Pailin slots hall after two years of revenue futility, leading to a $2.5m loss.

EGT still has EGM supply deals with two slots parlors in the Philippines, although it sold off 154 EGMs it had been leasing to Philippine operator Leisure World VIP Slot Club this summer. In May, EGT sold its Dolphin Products casino chip and plaque manufacturing business.

EGT CEO Clarence Chung said the Cambodian selloff represented the company’s ongoing efforts to “refine our business operations and position ourselves for new opportunities.” Chung insisted the Cambodian selloff would have “a minimal impact on our future cash flow from operations and provides additional resources to direct toward the execution of a new growth strategy.”

In March, EGT began hinting at this new growth strategy, which was later revealed as a plan to develop an Asian-facing online social casino business. In July, the company said it had spent $400k developing this social casino, but EGT has offered no timeline for when this product might launch.

This week, Chung said EGT was also looking at entering “new areas such as film and related businesses.” One of these new ventures better start generating revenue soon, as the company reported a $744k loss in its Q3 financial report.