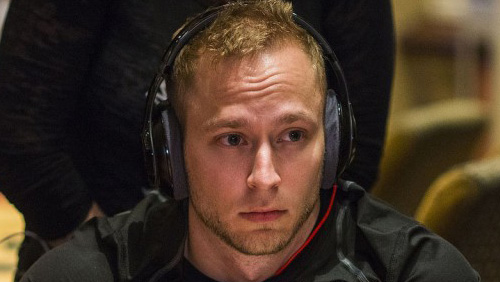 It was like the good old days when the WPT was handing out multi-million dollar prizes faster than Cate Hall gets involved in Twitter bust-ups. The 791 player field tied with the 2007 WPT LA Poker Classic for the largest-ever $10k+ field. Eric Hershler banking $2.4m back when the payouts were a tad top heavy.

Romero tucked himself in on the eve of his big day safe in the knowledge that he had bagged up 164 big blinds – 2:1 more than his nearest competitor, Ryan Tosoc. And it was those two who ended up playing for all the beans, with Romero’s pocket kings killing Tosoc’s pocket fives to win the thing without ever relinquishing his chip lead.

The man from Portland, Oregon will hog the headlines, but a special hat tip must go the way of Justin Bonomo and Jake Schindler. Bonomo’s fifth place finishes pushes him ahead of Ole Schemion, Rick Salomon and Connor Drinan to likely end the year as the 14th highest MTT money earner with over $3.5m. Schindler climbs seven places to 15th earning a few bucks less than the pink-haired wonder.

Romero locks up a WPT Tournament of Champions seat courtesy of his win. The WPT family now moves to Atlantic City for the WPT Borgata Winter Poker Open in January. In between that time, the WPT National event will stop at Deauville, Thailand and Cambodia.

Jason Koon is Mopping up The Side Events

What makes this particular WPT event unique is the broad array of side events, in particular for the peeps who like to buy-in at the expensive end of things, one of which is Jason Koon, and he has done rather well for himself.

On the 8 December, Koon defeated 43 entrants, including Adrian Mateos in heads-up action, to take the $412,800 first prize in a $25,000 buy-in High Roller event. A few days later, and he was at it again, this time picking up $333,747 for finishing runner-up to Ankush Mandavia in another $25,000 buy-in High Roller event containing 64 entrants. Mateos also made that final table finishing in sixth place. Dan Smith finished seventh a few day after beating 171 competitors to win a $5,000 buy-in side event for $257,097.

The next big news from The Bellagio will come from the $100,000 Super-Duper High Roller. The event attracted the interest of 38 entrants creating a prize pool of over $3.7m.