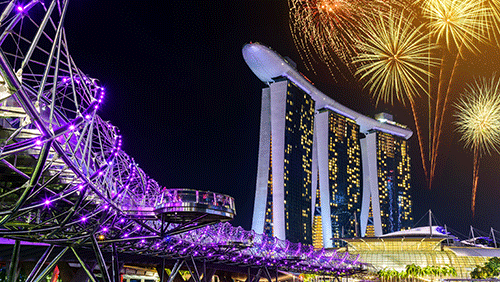 The allure of retail shops has kept tourists at bay from Singapore casinos.

The Business Times reported that the number of tourists visiting shopping complex in Singapore has surged by as much as 44 percent in the first half of 2016 from a year ago, citing official data.

It is also the first time since 2012 that Shopping has overtaken gambling as the biggest earner in Singapore’s tourism. Among all visitors, those from China, Indonesia and India were the top three spenders in the second quarter of 2016, clocking up 40 per cent of all tourist receipts.

Data showed that some 2.1 million Chinese flew to Singapore last year, more than double that of 2009 – the year before the country opened the first of its two casinos.

But the question remains: will shopping continue to outpace gambling in Singapore despite its casinos remaining to be a major drawcard for Chinese tourists to the tiny Southeast Asian nation?

Fitch had said in a December 2015 report that Singapore government concerns about the risk of problem gambling among locals could be a factor in any consideration of whether to issue additional permits.

On the other hand, the government data showed that Chinese travelers spent a whopping S$1.15 billion shopping in Singapore last year, which compares with S$112 million for Japanese and S$175 million for Indians. They also spent the least on food and accommodation, a trend that’s little changed so far this year.

The official data also indicated that the k shelled out US$1,205 each in the city-state last year, just ahead of Thai visitors.