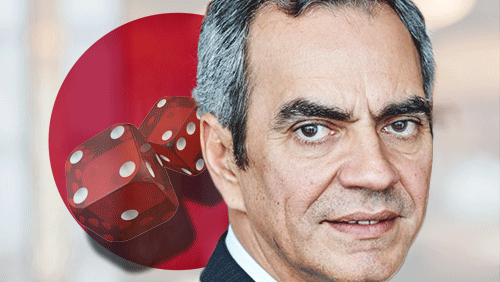 Filipino casino mogul Enrique Razon Jr. is eyeing to get a fair share of casino pie in Japan.

The Manila Standard reported that resort and casino operator Bloomberry Resorts Corp. is keen on bringing its casino brand to Japan after the island nation took steps towards legalizing the casino business.

“Once law is passed [in Japan], that would be a very interesting market. But we don’t know yet the final form and terms,” Razon Jr. said in a recent interview at the sidelines of the Pilipinas 2016 Conference. “Japan will be a very good market.”

Last week, Japanese legislators approved the Integrated Resorts Promotion (IR) bill despite lingering concern among the bill’s supporters and a show of defiance by anti-gambling legislators.

The IR bill would amend Japan’s constitution to remove the prohibition of casino gambling. Assuming that transpires, legislators would have one year in which to formulate a regulatory regime to oversee casino activity, before proceeding to the process of vetting applications by the many casino operators who have expressed interest in setting up shop in the valuable Japanese market.

Should the casino plan pushes through without a hitch, Japan will be the second country where the Solaire brand will be expanding outside the Philippines.Last year, Bloomberry expanded to South Korea with the purchase of Jeju Sun Hotel & Casino and acquisition of two islands―Silmi Island and Muui Island.

In June, Bloomberry has entered into an agreement to sell Jeju Sun to Macau junket investor Iao Kun Group Holding Company (IKGH) for KRW 117.5 billion (US$102.6 million). Analysts said the move to sell Bloomberry’s assets in Jeju Island will help eliminate the financial drag on its operations.

But Bloomberry has shelved the sale of its interest in Jeju Sun after its supposed buyer has ran out of money.