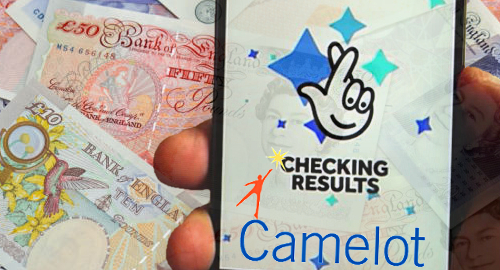 Lottery operator Camelot says UK National Lottery sales fell more than 6% in the first half of the company’s fiscal year.

This week, Camelot UK Lotteries Ltd reported sales of National Lottery tickets hitting £3.389b in the six months ending September 24, down around £226m from the same period last year. The decline meant the amount Camelot kicked back to charitable causes in its fiscal H1 fell by £92m to £783m.

The decline may have had something to do with Camelot making the National Lottery jackpot dramatically harder to win by adding 10 balls to the original 49 balls late last year. While the change led to more rollovers and thus larger jackpots, players appear to have cottoned on to the fact that the odds of winning one of those mega-prizes went from one in 14m to one in 45m.

Searching for a silver lining, Camelot heaped praise on its digital sales, which hit a record £726m in H1 2016-17. Mobile sales were up 13.5%, although this growth will likely stall in H2 due to last month’s much publicized problems with Camelot’s wonky National Lottery app.

Camelot CEO Andy Duncan said the firm expects H2 to be “similarly challenging” due to economic uncertainty and “direct, often aggressive, competition” from other gambling sectors, including those pesky “bet-on-lottery firms purporting to offer the same products as the National Lottery.”

Duncan didn’t name names, but he was clearly aiming his ire at Lottoland, which in September announced that it would continue to offer UK players the ability to pursue EuroMillions’ jackpots for £2 after Camelot hiked its EuroMillions’ ticket price to £2.50.

Despite the entire lottery concept showing its age, the World Lottery Association (WLA) just announced that global lottery sales improved by 4.5% in the first half of 2016. Africa led the global gains with an aggregate 21% year-on-year improvement, driven primarily by double-digit gains in South Africa and Morocco.

North America scored the second best geographical gains, rising 9.5%, with Minnesota (+15.9%) the best-performing US state and Ontario (+6.6%) the most improved Canadian province. European sales improved 3.9%, the Asia-Pacific region gained 3.3% while Latin America lagged the field with a mere 2% gain.