Frustrated UK lottery players are now up in arms over the recent price hike of Europe’s largest lottery draw. 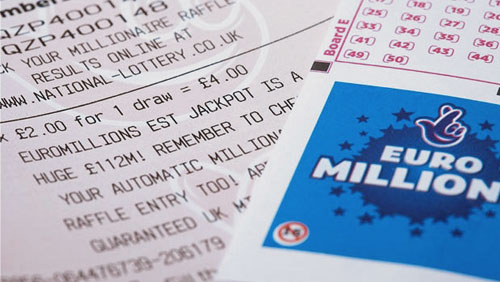 UK lottery players made their grievances known in different social media channels as UK National Lottery Operator Camelot announced that the price of EuroMillions draw will go up by 50p to £2.50 ($3.30), according to The Evening Standard.

Players protested the new system changes that the UK National Lottery operator Camelot introduced, which they claimed to have made it more difficult for them to win the pot money. Under the new system, bettors will now be required to choose “lucky star” numbers out of 12 rather than 11.

It means that players will need to pick the correct 2 numbers from an expanded pool, lessening their chances of winning the jackpot from 1 in 117 million currently to 1 in 140 million.

Camelot, however, defended the EuroMillions changes, claiming that the draw would see local enhancements by increasing the number of ‘UK Millionaire Maker’ jackpots to at least two-a-week, potentially doubling the current number of guaranteed UK winners to 208 per year.

It also pointed out that the new EuroMillions lottery rules will “re-energize the game” since it will mean bigger jackpots for players.

“These fantastic enhancements will do just that, helping us to deliver even more for our players and UK Good Causes in the years to come,” Sally Cowdry, Consumer and Retail Director, said in a press release.

The new format, according to Camelot, will now have a guaranteed £109.43 million ($144.44 milion) when it is introduced at the end of September. The lottery firm explained that the changes had been made in conjunction with the ten syndicated operators of the European-wide lottery game.

Camelot added that the new format would deliver higher starting jackpots at £14 million, and would see more than twice as many jackpots of more than £50 million a year.

“EuroMillions has always captured the UK public’s imagination with its exhilarating jackpots and numerous multi-million pound winners – boosting returns to Good Causes in the process. It’s now time to re-energise the game and take it to the next level,” Cowdry said.