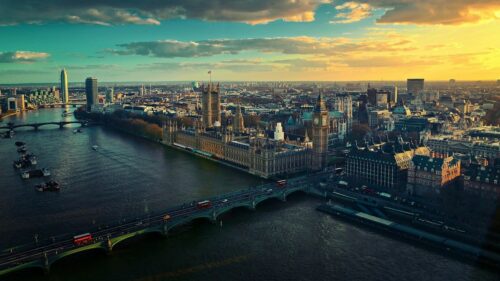 A new outbreak of COVID-19 has caused London’s casino industry to relapse. This time, however, the outbreak appears to be coming from a “mutant” version of the coronavirus that has caused London Mayor Siddique Khan to describe the new situation as “deeply troubling.” After having been granted permission to reopen their doors on December 2, London’s casinos are now shutting down once again.

Casinos in London have been on a roller coaster for the past several months. They were shut down in March, just like with many others around the world, and didn’t reopen until August – two to three months after casinos in places like New Jersey and Las Vegas started to see signs of life. However, they were forced to retreat again in November before the all-clear was given to return on December 2.

The new shutdown order comes as a mutated COVID-19 strain is making its way through the streets in the U.K. The country’s health ministry, led by Secretary Matt Hancock, explained that the new strain is able to spread quicker than the previous version, but adds that it is not necessarily more dangerous or more vaccine-resistant. However, starting today, new health measures are going to have to be implemented to ensure the streets are kept safer, and London is now back on Tier 3 restrictions, the strictest level to be implemented in the U.K.’s fight with the virus.

This is certainly going to be bad news for London, given the time of year. The holidays are here and casinos, restaurants, bars and other public venues are going to be off-limits. However, certain activity will be allowed and bookmaking shops are going to be able to continue to accept customers. They won’t be able to show any live sports broadcasts, though, in an attempt to keep patrons from gathering and will have to adhere to strict capacity limits.

2020 has been hard on the global gaming industry, with virtually no operator avoiding the grasp of COVID-19. Financial losses have been substantial almost everywhere, and the U.K.’s gaming scene has lost 70% of what it saw in revenue a year ago. Layoffs have come to many companies in the industry, including to Genting U.K. One of the country’s largest casino operators, it has been forced to part ways with over 1,600 employees and has shut down its properties in Bristol, Margate and Torquay permanently.