Home / Casino / Gaming stocks respond to UK COVID-19 vaccine, Macau could be next The news that U.K. officials have approved a COVID-19 vaccine has had positive results on the gaming industry. While casinos everywhere are still closed or barely limping by, gaming stocks are starting to see a little more support after the U.K.’s Department of Health and Social Care (DHSC) announced that it will start distributing the vaccine as early as next week. Macau, whose economy greatly relies on gaming, could reportedly receive the vaccine by the end of the year, as well. 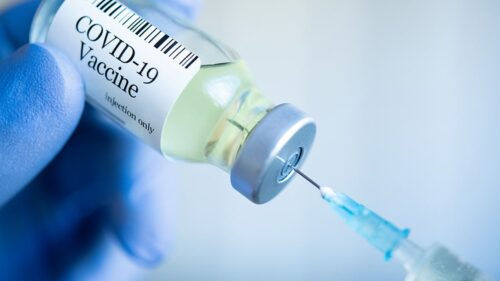 The U.K.’s Medicines and Healthcare Products Regulatory Authority (MHRA) sent a letter of recommendation to the DHSC for the COVID-19 vaccine created through a collaboration between U.S.-based Pfizer and Germany-based BioNTech. The health agency accepted the recommendation, stating later through a spokesperson, “This follows months of rigorous clinical trials and a thorough analysis of the data by experts at the MHRA who have concluded that the vaccine has met its strict standards of safety, quality and effectiveness. The joint committee on vaccination and immunization will shortly also publish its latest advice for the priority groups to receive the vaccine, including care home residents, health and care staff, the elderly and the clinically extremely vulnerable. The vaccine will be made available across the U.K. from next week.”

Following the news, a number of casino stocks jumped. For example, Wynn Resorts has been pushed up by 2.77% and MGM Resorts has added 1.87%, while Las Vegas Sands improved by 1.75%, all at the time of this writing compared to yesterday’s figures. The Asian arms of those three operators also saw increases, with MGM China moving 4.16% higher, Sands China jumping 1.11% and Wynn Macau adding 1.16%. Caesars Entertainment has only seen a slight uptick, at 0.97%, and Melco Resorts and Entertainment has barely budged, adding just 0.11%.

As the U.K. looks to begin introducing the vaccine next week, halfway around the world, in Macau, health officials are getting everything prepared so the city can begin vaccinating its residents. Ao Ieong U, Macau’s Secretary for Social Affairs and Culture, expects the first batch of the vaccine to arrive before the end of this month, and it will then be administered first to frontline health industry workers. Then, a second batch, said to contain 1.4 million vaccines, will be administered to city residents. That is more than enough to cover the roughly 650,000 residents of Macau.

Ao Ieong explained to the Legislative Assembly yesterday, “We believed that the 1.4 million doses of vaccine could arrive by the first half of 2021, and if things go well they could even arrive by the end of the first quarter of next year.” However, just because the vaccine is close, gamblers looking to take a trip to Macau shouldn’t get too excited. Travel restrictions and limitations are expected to remain in place for some time to come.