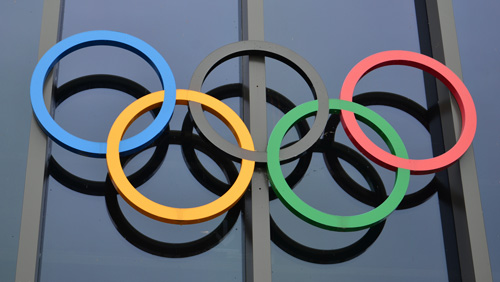 eSports athletes could be battling it out for an Olympic gold medal as early as 2024 after the Chairman of the LA 2024 delegation announced plans to try and make it happen should LA be successful in their bid.


3.6 billion people soaked up at least a minute of the 2016 Summer Olympics in Rio (over half of the population). For a niche sport, this is an incredible opportunity to reach a global audience and eSports could be the next to take advantage of that window if the United States Olympic Committee have their way.

LA is one of three cities shortlisted to host the 2024 games. If selected, they would join London as the only city to host the Olympics on three occasions, and their delegation aims to take advantage of recent Olympic rule changes that allow the selection of new sports on a per event basis.

For the longest time, the only way a new sport could receive recognition as an Olympic event was for the International Federations of each sport to lobby the International Olympics Committee (IOC). In 2014, the rules changed allowing local organising committees to push sports within their country, and LA aims to do that with eSports.

In a press release issued by the LA delegation, it was clear that the push for eSports inclusion in the 2024 Olympic Games is designed to attract the eyeballs of more millennials to the Olympic movement.

Chairman of the LA 2024 bid, Casey Wasserman, said that the inclusion of eSports would be great news for the 100 million young people in the United States, and wanted to use the 2024 Olympics as a way of pushing more of them into areas of sport.

The attraction for Millennials will be a significant factor in the IOCs decision to allow eSports into the 2024 Olympics. The 2020 Olympics in Tokyo will have surfing and skateboarding for those exact reasons. Will eSports follow four years later?

LA’s Staples Centre was the venue of choice for the 2016 League of Legends World Championship Final and over 21,000 fans turned up to watch SK Telecom T1 defend their title in a best of five final series earning the team over $5m in prize money.

It has the infrastructure.


It has the Millenials.

Will the push have the necessary backing?

Paris is The Bookmakers Favourite

And yet this could all be for nought as

Paris is the favourite to land the 2024 Olympics, not LA. They have the infrastructure in place, and there is the allure of the French capital hosting the Olympics in their centennial year after last holding them in 1924. Most bookmakers have Paris odds on.

LA is the second favourite with the bookmakers at 9/4. The City of Angels hosted the Summer games in 1932 & 1984. LA came into the bidding as a last minute replacement for Boston. They have the infrastructure, they have the money, and they are one of the most modern cities in the world.

Budapest is the third favourite at 9/2. The Hungarian capital has never held the games before, failing in five previous bids, and if successful they will be the first Eastern European country to host the games since Moscow in 1980.

No sounds are coming from the Parisian and Budapest bid that the inclusion of eSports is high on their respective agendas.

The IOC will select the winning bid during a specially planned session held in Lima Peru, sometime in 2017.