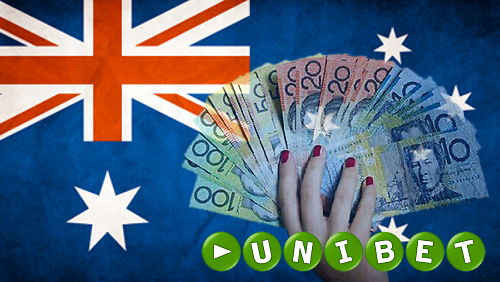 The CEO of Nordic online betting operator Unibet says Australia’s politicians are fooling themselves if they think banning online in-play sports betting will stop the activity.

Unibet CEO Henrik Tjärnström was in Australia over the weekend to check out his company’s down under doings and to throw a little shade at the Australian government’s decision to restrict online in-play sports betting.

Unibet launched its Aussie online in-play betting app this spring and the app quickly became one of the company’s fastest growing products. But Unibet, along with other Aussie-licensed bookies, was forced to disable the product under recent orders by the Northern Territory Racing Commission (NTRC).

The Australian quoted Tjärnström saying governments “could not stop customers doing what they wanted,” and if Aussie punters can’t enjoy in-play wagering with Australian-licensed bookmakers, then “the alternative is always one click away” with any of the 2k internationally licensed bookies who are only too happy to accept Aussie in-play action.

Tjärnström warned the government that “in the end, it is the customer that decides. The regulation has to reflect what they want to have, and sooner or later that will happen.” Tjärnström suggested that Unibet would base its future Aussie expansion plans based on “what kind of return we could get for that spend,” which he said would hinge on the government’s regulatory decisions.

On Monday, eGaming Review quoted Tjärnström rejecting rumors that the company was planning to fold its Aussie operations, saying the company “plan to stick it out. It’s a big market and Australians have a propensity to gamble and a high GDP per capita, so it’s clearly attractive for us.”

Last week saw Unibet report all-time high revenue in its Q3 results but the company’s geographical ‘other’ segment – which includes Australia – continues to represent only a tiny slice of the overall business, falling one-point year-on-year to just 2% of total revenue.