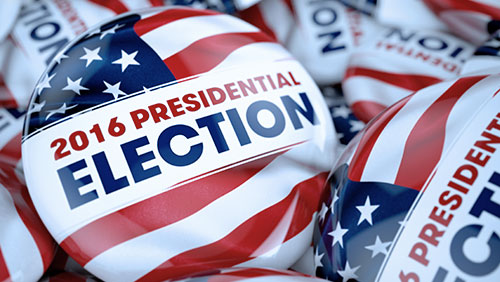 With the presidential debates over and the Election Day a mere eight days away, both the Republicans and the Democrats are pulling out all the stops in their campaign to become the next president of the United States.

The race for the White House—dubbed as the “unpopularity contest”—narrowed on Sunday as Hillary Clinton, who holds an early lead in some key swing states, sought to shake off the renewed FBI probe of her emails, according to an ABC News-Washington Post poll. Meanwhile, Donald Trump, who blitzed western states in the last days of the campaign season, faces a series of accusations that he had sexually assaulted the several women.

According to sportsbook Pinnacle, the 2016 US presidential race has the longest odds of candidates.

During the 2008 and 2012 elections, Barack Obama faced John McCain and Mitt Romney, respectively in his quest for the US presidency. During both clashes, the Pinnacle politics market saw the Democratic winner’s odds only marginally above even money at its longest.

This time, however, a different picture is starting to emerge. Clinton and Trump are considered to be the least popular presidential candidates in the history of American politics, according to Pinnacle. In fact, Clinton has only seen her odds going as high as 1.667 before tracing back, while Trump’s price has reached a dizzying 6.91.

Social media, according to the sportsbook, has played an important role in capturing the interest of bettors today. In 2008, Facebook was still in its infancy—yet Obama amassed about 1.5 million friends in the digital arena, while McCain managed with 203,000.

Now, social media is being used a tool to determine who won the presidential debates. The third and final debate between Clinton and Trump was the most tweeted about political moment in Twitter’s history, with the Republican candidate dominating the digital platform with 62% Twitter mentions focused on him.